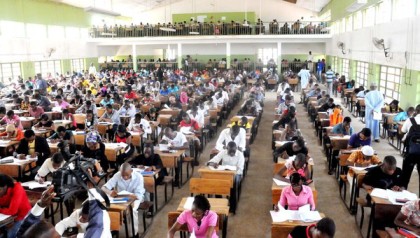 More than one million, eight hundred and fifty thousand candidates (1.85m) will write the Computer-Based Test (CBT) of the Joint Admissions and Matriculation Board which starts today, across the country.

The examination will last 14 days.

Prof. Ojerinde said that this year’s figure was an improvement on the 1.47 million candidates who applied for the same examination in 2015, adding that the figure showed an increase of 113, 673 applicants against last year’s.

He said a total of 343 prison inmates nationwide would participate in the examination and that they would also have access to computers at both the Kaduna and Ikoyi prisons.

The JAMB registrar said it was expected that all candidates who were unable to conclude their registration process as at February 5, would seize the opportunity of the 48 hours grace of the opening of the portal to do so before mid-night of February 25.