In its efforts to deepen the culture of patriotism among Nigerians, the National Orientation Agency (NOA) will soon commence a Routine Values Orientation programme for primary and secondary schools in the country. 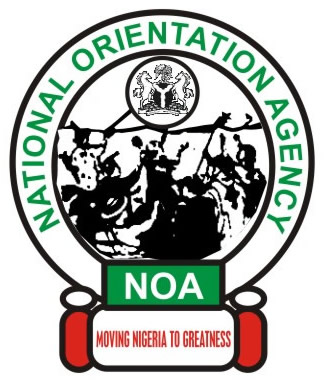 Acting Director General of the Agency, Mrs. Ngozi Ekeoba announced this during a one-day workshop on Values Education organized by the Agency for its management and staff in collaboration with Generation for Societal Change (GSC), a non-governmental organization.

Ekeoba said under the new programme, selected staff of the Agency would routinely take turns to visit schools, markets and worship centres within their communities across the 774 Local Government Areas of the country to educate citizens on the nation’s core values of Discipline, Integrity, Dignity of Labour, Social Justice, Religious Tolerance, Self-reliance and Patriotism. She charged staff of the Agency to get ready for the task ahead, noting that as mobilizers, they must be up and doing in order to stem the tide of declining social values in the country.

Delivering a lecture on the impact of values in society, the GSC founder and Coordinator, Mr. Magose Abraham Eju identified poor attitude as the bane of poor nations, including Nigeria. He said poor attitude was a direct reflection of poor values which results in poor socio-economic indices despite rich natural endowments.

Eju challenged Nigerians to build a better nation for future generations by cultivating the right attitude today and inculcating same in the younger generations, adding that his organization would continue working closely with NOA to achieve a total and positive paradigm shift in the psyche of Nigerians.