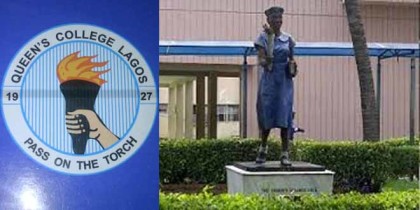 The Minister of State for Education, Prof. Anthony Anwukah, has constituted a panel to investigate alleged sexual assault on a female student of Queens College, Lagos by a male teacher.

Mr Ben Bem Goong, the Director of Press, Federal Ministry of Education, in a statement on Monday in Abuja, said the minister was worried over the allegation.

The statement said Anwukah urged the panel to unravel the truth behind the allegation and make recommendations to government based on the principles of truth, justice and fairness to all parties.

It advised parents, guardians, students and staff of Queens College who had credible information on the matter to avail same to the committee via the following telephone number: 07034613096 and email: [email protected].

“Apparently disturbed by media reports over alleged sexual assault on a JSS II female student of Queens College, Lagos by a male teacher in the same school, the minister has set up a panel to unravel the veracity of the allegations being leveled against the teacher.

“Several reports from the conventional and social media networks in the past few days have indicated that there was an alleged case of sexual molestation on a JSS II student by a teacher in the same school.

“ The minister has assured the general public, particularly parents and guardians whose wards are in any of the Unity Schools and other Federal Government Colleges that their children are in safe hands.

“He said that the government will continue to do everything possible within the ambit of the law to protect their wards in all government schools across the country, including Queens College, Lagos.’’

It said that minister also advised all parents to remain calm and avoid taking rash decisions that might affect their wards adversely.

According to the statement, the investigation panel has two weeks within which to submit its report. (NAN)