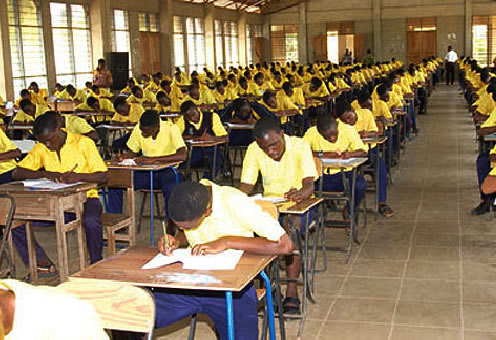 The West African Examinations Council (WAEC) has charged universities and research institutions in member countries to put more efforts in resolving the issue of examination malpractice.

This is contained in a statement, signed by the council’s Head of Public Affairs, Mr Damianus Ojijeogu, which was made available to the News Agency of Nigeria (NAN) on Tuesday in Lagos.

According to the statement, the plea was made during deliberations at the 64th Annual Meeting of the council, held in Accra, Ghana.

The annual meeting is being rotated by among the WAEC five member countries of Nigeria, Ghana, Sierra Leone, Liberia and Gambia.

The statement noted that such a critical national issue as examination malpractice, among others, requires urgent solutions.

WAEC appealed to education researchers to endeavour to make their research reports available, to guide member governments in policy formulation and implementation.

The council noted, with appreciation, the move by the government of Liberia to rid its school system of unqualified teachers.

It stated that the Liberian Government had provided auxiliary teachers access to professional training and other skill-related programmes.

According to the statement, the training can qualify them for more productive engagements in the various sectors of the country’s economy.

The council also applauded the efforts by the government of Nigeria for constantly reviewing its education system.
It urged the government to continually motivate the teachers in order to check the current high rate of attrition and to attract the best brains to the teaching profession.

It charged the Nigerian government to step up the training of more teachers to sustain the newly-introduced trade subjects in the country’s school system and improve candidates’ performance.

The council commended the efforts of the government of Sierra Leone at closing down illegal schools, as a means of dismantling the enclaves of charlatans.

It added that such schools were making the maintenance of educational standards difficult.
According to the statement, the council also urged national offices to deploy technology towards stemming examination malpractice in the council’s objective questions in their countries.

The council considered reports from its national and international committees on various aspects of its operations.
It deliberated on the action plans presented by the offices and committees, to ensure smooth and successful operations in the year ahead.

The meeting was declared open by President John Dramani Mahama of Ghana, who described WAEC as a dominant global brand.

The statement quoted Mahama as stating that WAEC had been noted for conducting credible examinations across the West African sub-region and commended its founding fathers for their vision.

The statement said that the four-day meeting ended on Friday, March 18.