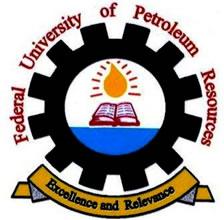 The Bill for an Act to Establish the Federal University of Petroleum Resources, Effurun, Delta, and for other matters connected thereto, passed second reading at Senate in Abuja on Tuesday.

The Bill was sponsored by Sen. Ovie Omo-Agege (PDP-Delta Central)

Leading debate on the bill, Omo-Agege said the university had existed without a legal framework.

He said despite meeting the requirements for a university, it had carried out its activities without the backing of the law.

He noted that the institution had been moved to its permanent site and had produced four and two sets of graduates in Sciences and Engineering respectively.

The lawmaker said the establishment of the university was a strategic national interest that ought to have been backed by law for a long time.

“Our national industrial policy has identified oil and gas as key sector that requires strategic national attention. It is, therefore, our duty to construct its foundation with the bill.

“Our nation only made the same right decision that China made in 1953.

“China had the foresight 63 years ago to establish the China University of Petroleum (UPC) in Dongying’’, he said.

The lawmaker further said that the various policy initiatives for development had identified local content as a vital tool for success.

He argued that local content measured the degree of Nigerians’ participation in the sector and the number of Nigerians employed by Multi-National Corporations and Small and Medium Enterprises.

He added that the establishment of FUPRE was predicated on the strategic need for a tertiary institution that was specifically dedicated to addressing challenges of technical human capacity and technological inputs in the petroleum sector.

“FUPRE’s mission is to create top quality human resource to enhance local content in the oil and gas industry and to design, develop and deliver cutting edge education and training programmes for professionals in the industry.

“It is also to engage in research, consultancy and development activities in all technical and managerial aspects of the oil and gas sector.

“It is also to take the leadership role in promoting the economic development of the immediate community and the society at large through specific education, training and outreach activities’’, he said.

Sen. Matthew Urhoghide (PDP- Edo South), said the creation of the institution was apt in view of the need for people of the Niger Delta and other Nigerians to maximise their potentials in the petroleum sector.

He said the passage of the bill had become necessary to give the institution a legal backing for optimal performance.

“This bill is therefore a right stride in the right direction.’’

Similarly, Sen. Gbenga Ashafa (APC-Lagos East), commended the sponsor of the bill for his foresight.

He said the validation of the institution had become necessary following Federal Government’s resolve to establish local refineries.

“This issue was raised in the Seventh Assembly. It is good it is coming now that we want to establish local refineries’’, he said.

He, however, cautioned that the 2016 financials for the functioning of the university, amounting to N1.4 billion should be made part of the 2016 Budget by way of supplementary budget.

He added that “if it is not made part of the budget, it should be funded by NIMASA or PTDF. There is a need for necessary resources to ensure that it functions well.’’

Sen. George Akume (APC-Benue North West), said the setting up of the university and other specialised universities were informed by the need to focus on key sectors of the economy.

He said, “I am guided by the history of universities in this country. Governments at all levels decided to move from establishing universities that are conventional to specialised universities of technology and agriculture.

“The University of Petroleum Resources is already in existence but unlike other universities, it is without an enabling law and it is our duty to make that happen.

“However, we must ensure the funding of the university, otherwise it will be an ordinary university.’’

The presiding Deputy President of the Senate, Ike Ekeremadu, called on relevant stakeholders to identify institutions in the country that existed without legal backing.

He said the National Assembly would not hesitate to pass bills that would legalise such institutions.

“Our country must be under rule of law and we must ensure that our institutions are established by law.

“A situation where we run public institutions without any enabling law is completely unacceptable.

“So, we must look at the books to ensure that all institutions that have not been backed by law have enabling laws.

“Most of the River Basins do not have laws establishing them and this is disturbing.

“Going forward, I believe that either the executive or individual legislator should ensure that our institutions have legal bases’’, he said. (NAN)