Even though he was impressed with the performance of 70% of them, Governor Kashim Shettima has given what he called final chance to about 10 out of 60 girls currently studying medicine in two private Universities in Khartoum, Sudan, under a scholarship program that is fully funded by the Borno State Government. 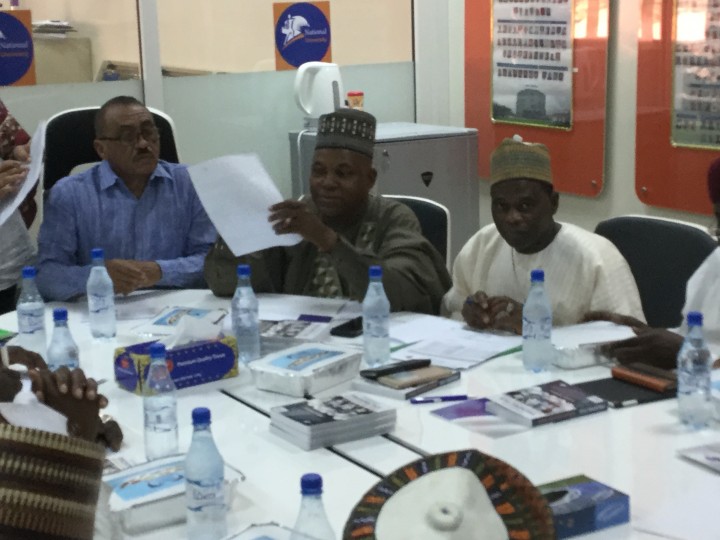 Borno state Governor Kashim Shettima said this during his visit to schools in Sudan where the Borno state government is carrying out the sponsorship programme for the girls.

The ten girls on last chance have been performing low in academics according to personally assessed Governor Shettima who looked at academic transcripts of each of the sixty girls now approaching part three at National University which has 29 girls and Elrazi University which has 31, both schools in Khartoum, Governor Shettima’s spokesman, Isa Gusau said in a statement issued on Saturday.

Governor Shettima has been on four days working visit to Sudan since Thursday with a shopping list on education, agriculture and healthcare.
The Governor’s visit to the schools were 60 girls from Borno State study medicine was the first since the program began in 2014 during his first term in office.

Shettima was highly impressed with the performance of 50 of the girls particularly three of them, Rebecca Akila Ndahi from Hawul local government area, Aisha Hala from Jere and Fatima Kabiru Kashiku from Shani local government area of Borno, who have the three best academic records out of 29 girls studying medicine at the National University, Khartoum.
The Borno State Government under Shettima secured admissions for the 60 girls in 2014, pays annual tuition fees of 7,000 dollars (equivalent of N2.5m) for each of them, rented accommodation for them and gives 200 dollars (equivalent of N70,000) to each of the 60 girls every month for their feeding. ‎

The scholarship is part of Governor Shettima’s vision that Borno should produce 500 medical doctors in 10 years with majority planned to be women to cater for the health needs of women and children, who constitute majority of the State’s population, the statement explained.

The Governor in company of charge D’ Affairs at the Nigerian Embassy and acting Nigeria’s Ambassador to Sudan, Mr Abu Giwa Ibrahim met with the management of ‎both schools in separate visits.

At the National University where 29 girls are studying medicine Governor Kashim Shettima was received by the University’s Vice President for administration, Professor Amin Osman and the Dean, Faculty of Medicine, Professor Wisal Jameel who presented academic transcripts of each of the 29 students who are currently out of Sudan for the purpose of undergoing compulsory attachments in Maiduguri.

Governor Shettima wasn’t happy with the academic records of four out of the 29 girls at the National University whose records were poor.
The Governor said on his return to Maiduguri, he will meet with the affected girls and their parents to encourage them to step up their performance as their next examination will be their final chance to improve or have the scholarship withdrawn and given to new set of girls in Borno.

Governor Kashim Shettima lamented that the State Government spends huge on the girls hence all beneficiaries must replicate by showing seriousness in both their academics and in their characters while in Sudan.

After meeting with the management of the National University, Governor Shettima was at Elrazi University also in Khartoum where 31 girls are also studying medicine.

Professor Mohammed Ahmed Kogaly, Vice Chancellor who doubles Dean, Faculty of Medicine at Elrazi University received the Governor while the University’s academic secretary, Professor Farouk Mohammed Al-Amin briefed on the academics of the 31 girls with six girls not doing well while 25 were impressive.

The Governor said he was going to meet with the affected girls who were in Khartoum to encourage them to improve or be replaced. Shettima said as a condition, every student on scholarship must do well in academics and show good character otherwise the scholarship will be withdrawn to create opportunities for many others who are back in Maiduguri.

Meanwhile, Governor Kashim Shettima met with all Nigerian students at the Elrazi University with call on them to take their education seriously. Governor Shettima who decided to meet all the students due to the manner they all rallied round him as against him meeting only Borno Students, said he would extend some gestures to all the students regardless of their States of origin.

The Governor however said he was meeting separately with students from Borno State to discuss matters peculiar to their needs.

Governor Kashim Shettima promised to settle all issues concerning Borno female students on scholarship in order to ensure hitch free academics for them.

Leadership of the association of Nigerian Students in Sudan where highly elated with the Governor’s show of empathy to them.

The students said only Borno State Government had students under its scholarship amongst their colleagues, noting that majority of them were being sponsored by their parents and guardians.