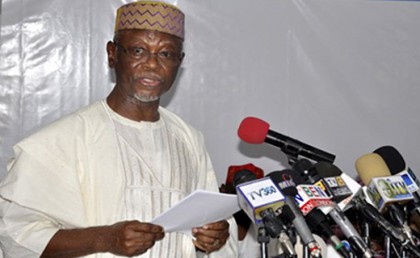 On Saturday, June 11, 2016, the University of Ibadan Alumni Association will confer the 2015 Alumnus of the Year Award – the Association’s highest honour – on one of the institution’s outstanding graduates, His Excellency, Chief John Odigie-Oyegun, National Chairman of the All Progressives Congress (APC) and first Executive Governor of Edo State.

A statement co-signed by the Chairman and Secretary of the Award Planning Committee, Dr. E.O Adewoye and Mr. Temidire Olumoyegun read in part:

“Since leaving the University, he (Odigie-Oyegun) has worked in the Nigerian public service and has greatly contributed to the growth of the nation. He later became the first Executive Governor of Edo State. Indeed, since his foray into politics, Chief Odigie-Oyegun has continued to excel and only recently in concert with his esteemed colleagues in the Party led All Progressives Congress (APC) to win the 2015 Presidential election.

“Though disarmingly humble, the revered septuagenarian has continued to put his footprints on the sands of time. Moulded like the Old Roman General ‘He came, he saw and he is still conquering’.

“In appreciation of his service to our dear Nation and for truly identifying with the aspiration and goals of our University and Alumni Association, we are indeed proud to present him as our Alumnus of the Year 2015. The elaborate ceremony in appreciation of this imitable administrator is scheduled to take place on the 11th June, 2016 in Ibadan.”