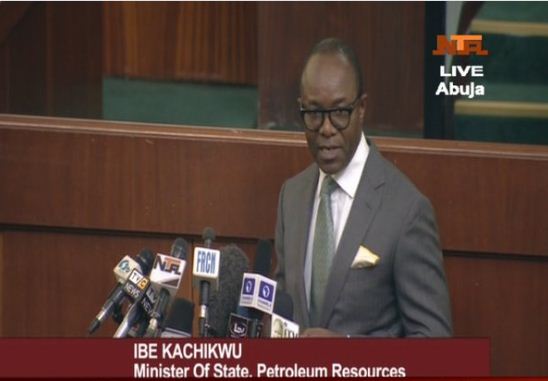 The Minister of State for Petroleum Resources, Dr Ibe Kachikwu, has commended the Petroleum Technology
Development Fund (PTDF) over the construction of the first Nigeria Polytechnic for oil and Gas Ekowe in Bayelsa state.

Kachikwu made the commendation at the official handover of the institute to the management in Abuja on Monday.

According to him, effort must be made to ensure that students produced from the institute are of high quality.
He called on the Education Minister to ensure full accreditation of the faculties.

He said such step would help to get the right candidates enroll in the school.
The Acting Executive Secretary, PTDF, Malam Ahmad Aminu, said the project had been on-going since 2006.

He said the construction was suspended over the years due to some community issues.
He said the Institution would help to train middle level manpower in the oil and gas sector.

According to him, the project is part of the mandate of the fund to ensure adequate training for the development of the sector.

Also, Mrs Folasade Essan, Permanent Secretary, Ministry of Education, said it was the first time that an agency had been involved in the provision of infrastructure in any higher institution in the country.

She also called on the Federal Government to ensure that security was constantly beefed up in the school to avoid any kidnapping case.

She called for full equipping of the institute and said the ministry would ensure full accreditation of its programmes.