Cultism: University Of Agriculture Makurdi Closed Down For Cult Killings 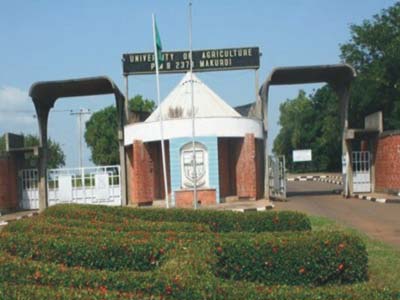 There have been a number of crimes and death at the Unversity of Makurdi lately, this increase has drawn the attention of authorities to cultism related killings on campus.

Four student have been murdered on Wednesday by unknown gunmen. The killings points at cult activities in the institution. The supposed cultists attacked a hostel within the school premises killing students. Source revealed that among the casualties is a security personnel of the institution.

The State Commissioner of Police, Mr. Paul Yakadi, said that the arrest of six persons in connection to the crime was carried out and that further investigations are on going. With the increase in crime rate in the state, the Commissioner added that the police are on the matter.

The Vice Chancellor of the University, Professor Emmanuel Kucha confirmed this incidence and said that the management are trying their best address the cultism situation in the school.

The management of Federal University of Agriculture, Makurdi, however shut down the institution indefinitely due to the attack.