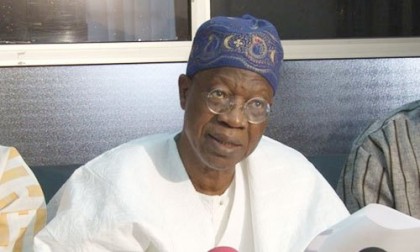 The Minister of Information and Culture, Alhaji Lai Mohammed on Wednesday called on prominent Nigerians and institutions to deposit their personal papers and presentations with the National Archives for future reference.
Mohammed, who was represented by the Permanent Secretary of the Ministry, Mrs Ayotunde Adesugba made the call during his welcome address at the marking of the 2016 International Archives Day.
Mohammed said that such act would ensure that posterity had access to what those prominent Nigerians and important institutions contributed to the development of the country and the society at large.
“Let us note that record keeping is a fundamental activity of public administration; without records there can be no rule of law and accountability.
“The success of the anti-corruption programme of this administration has been based on record of hard evidence.
“The war on corruption has been quite effective because of records at government disposal; those accused of looting the public treasury have not denied the allegation because of evidence at our disposal.
“This fact should encourage government to support an effective record management programmes in the country,’’ he said.
Mohammed also explained that records were raw material through which archives were synthesised, adding that they were important because they provide evidence of activities and tell more about individual and institutions.
He stressed that archives tell stories and increase sense of identity and understanding of cultures.
“The National Archives Zonal offices in Ibadan, Kaduna and Enugu have accumulated holdings of 4,000 linear meters of archives in each office.
“The other 10 branches across the country have about 6,000 linear meters of archives.
“National Archives Kaduna houses the oldest records in our archives, which dates back to the 12th Century A.D.; these early records deal with the activities of Muslim traders, missionaries and adventures.
“The other holdings at Ibadan, Enugu and Kaduna include Consular Dispatches, Records of the Protectorate administrations, Chief Secretary’s Office, Provincial and Districts Offices, Local and Native Administration,’’ he said.
The minister said that many states in the country now had their own archives.
“They include Kaduna, Kano, Sokoto, Edo, Delta, Imo and Lagos.
“Other states are encourage by the National Archives of Nigeria to establish their own as archives is on the residual list of the country’s constitution,’’ Mohammed said.
Earlier, Mr Umar Abdulyekin, the Director of Nation Archives calls on Nigerians to support and encourage the archives by contributing to its collections.
The News Agency of Nigeria (NAN) reports that those at the occasion include Justice Alfa Belgore, former Chief Justice of the Federation, Hon. Odeniye Olusegun, a member of the Federal House of Representatives.
Others were Hon. Timothy Idyu, the Director-General, Benue State Bureau of Archives and other directors in the ministry of information and culture.
The event was organized by the National Archives of Nigeria and 2016 edition represents the 9th year of the celebration of archives worldwide.
The theme of International Archives Day is “Archives, Harmony and Friendly’’.
The first edition of the day was held in Tokyo, Japan in 2008 and the date is a reflection of the birthday of the International Council of Archives established on June 9, 1948. (NAN)

NEWER POSTI am in support of grazing reserves, but only in the North~ Gov Tambuwal
OLDER POSTPresident Buhari Appoints Akabueze DG Budget Office