Ministry Of Education To Meet VCs Over Post-UTME

The Federal Ministry of Education has decided to convene a meeting with vice-chancellors, admission officers and other stakeholders to discuss processes for the post-Unified Tertiary Matriculation Examination (UTME). 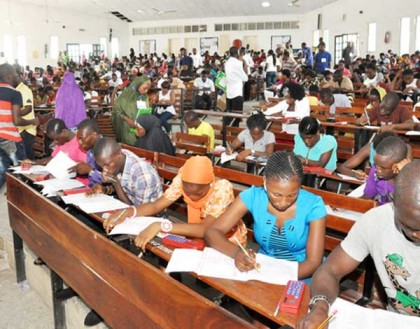 Dr Folashade Yemi-Esan, the Permanent Secretary, Federal Ministry of Education, who made this known while speaking with the News Agency of Nigeria (NAN) on Wednesday in Abuja, said the meeting would hold next week.

NAN recalls that the Minister of Education, Malam Adamu Adamu, recently raised concern over the post-UTME test being conducted by various universities.

“As far as I am concerned, if the nation has confidence in what JAMB is doing, the universities should not be holding another examinations.

“If the universities have any complain against JAMB, let them bring it and then we address it.

“But if JAMB is qualified enough to conduct tests and they have conducted test, then there will be no need to conduct another test for students to gain admission,’’ Adamu had said.

Yemi-Esan said that the minister had made a pronouncement which should be complied with.

“The responsibility is now on us to give them guidelines and modalities on how to go about what the honourable minister has said.

“There is no written directive but all the stakeholders were at that meeting where the minster said it openly.

“There is going to be a meeting of the all the vice-chancellors and admission officers sometime next week to work our modalities,’’ she said.

However, an academic, who spoke on the condition of anonymity, told NAN that scrapping post-UTME could not be done by mere comment at an event.

He said that he expected the minister to issue a circular on the issue to the universities through the National Universities Commission (NUC).

Meanwhile, various universities have been sending out notices via the media for the test even as some stakeholders believe that the Federal Government has scrapped exercise.