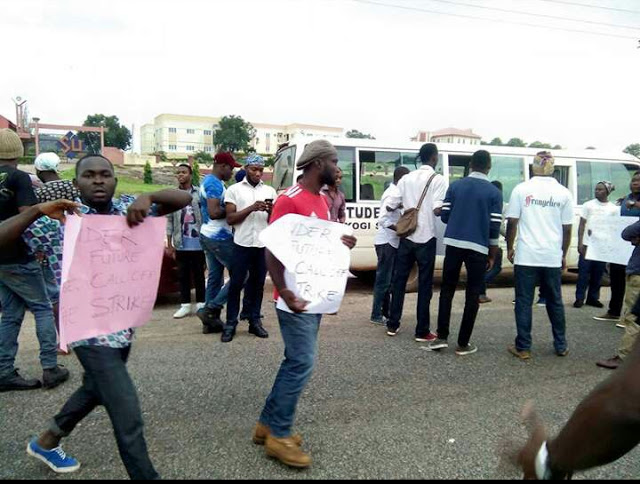 With the support of the National Association of Nigeria Student (NANS), the Students Union Government (SUG) chapter of KSU has taken to the streets to what is called a peaceful protest and tagged #ReopenKSU and #SaveKSU.

The Students blocked the major route of Lokoja, Kogi State Capital linking from Ganaja Junction to Falele as all roads lead to the State Government house.

NEWER POSTNews Summary : All You Need to Know Today 14/07/2016
OLDER POSTPresident Buhari “There is No Easy Money To Throw Around” The Full Speech