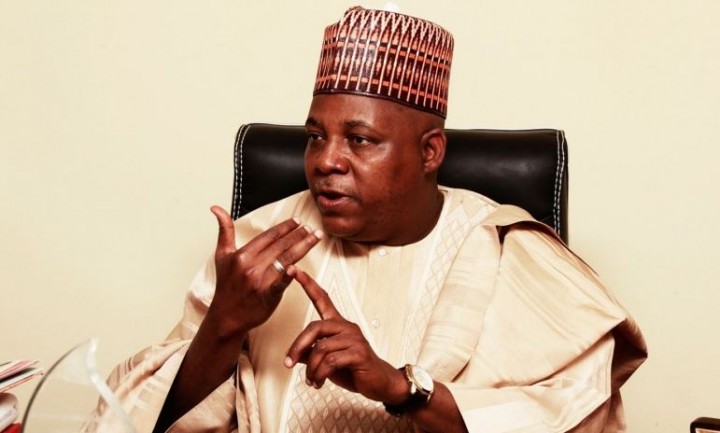 The tuition fees, books, uniforms, school bags and shoes have already been paid in advance by the Zenith Bank PLC to cover academic sessions from pre-nursery in 2016 to the year 2025 when beneficiaries are expected to complete primary schools as directed by the state Governor,Kashim Shettima.

The Zenith Bank had two weeks ago announced the scholarship in honour of Governor Shettima’s 50th Birthday. The Governor was an executive at the Zenith Bank who won several awards for productivity.

Earlier on Friday, while receiving 566 freed families of insurgents handed to him by the Nigerian Army at a brief ceremony in Maiduguri, the Governor gave the directive that orphans of fallen soldiers, volunteers under the Civilian JTF and other security agencies killed in action should be the beneficiaries of the scheme which 50 orphans of civilian parents killed by Boko Haram insurgents had earlier benefited from a similar scholarship.

‎”Some days ago, the Zenith Bank identified one the best private schools in Maiduguri and paid for the school fees of 50 orphans whose parents were killed by Boko Haram insurgents.
“The school fees were paid to include tuition, text books, note books, school bags, uniforms and school shoes and the fees have been paid to cover the next 9 years. The Zenith Bank made this in commemoration of my 50th birthday.” Shettima said.
He said that security establishments already have a system of pension and gratuity that parents of fallen soldiers inherit and also support orphans of fallen soldiers.
“As for the civilian JTF, they have no pension or gratuity for their sons and daughters to inherit so we have to give them more slots out of the 50.” He said.

The Governor also said his administration was working round to clock to ensure education for nearly 50 orphans whose parents were killed as a result of the Boko Haram insurgency in different parts of Borno State.”There are  48,000 orphans of Boko Haram in Maiduguri alone. We are very determined to give education to all of them. We are fixing schools and building new ones and by the time we take off, we expect our public schools to compete and even surpass private schools in Borno State.

“When we fully take off, education we will vigorously implement a free and compulsory education in this State insha Allah. We hope to take off this year” Shettima explained.