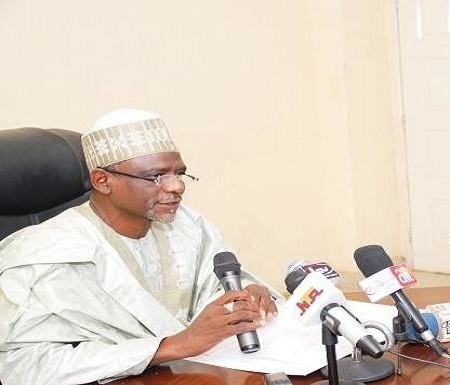 The Minister of Education, Malam Adamu Adamu, has strongly warned principals of Unity Colleges to adhere strictly with the directive on collection of only authorised school fees.

The Deputy Director, Press of the Ministry, Mr Ben Goong, signed and issued the warning in a statement on Tuesday in Abuja.

The statement said that any principal who is found wanting in regards to this directive would be sacked.

The Minister gave the warning following media reports that some principals of Federal Government-owned schools and the Unity Colleges were collecting fees well over the amount stipulated by the ministry.

He directed that all authorised cost items, including boarding fees must be communicated to parents in writing and copied to the ministry before any payment could be demanded.

According to the minister, any principal who does otherwise will have his or herself to blame.

“For the avoidance of doubt, the authorised school fees for Unity Colleges for the 2016/2017 academic year has been placed on the ministry’s website – www.education.gov.ng

“Any school principal who collects or has collected a penny outside the authorised fees as clearly stated must refund same to affected parents or guardians immediately.’’

Adamu also advised parents whose wards were in unity colleges to report any infraction on the directive to the Federal Ministry of Education for appropriate sanction.

The minister said that one of the pillars of his Ministerial Action Plan, “Education for Change”, which would soon be launched, was to make education accessible and affordable to all Nigerians.

“Nigerians to enjoy the benefits of ‘Change’ which they voted for and I will stop at nothing to deliver same in the education sector.” He said.

The minister said that recent harmonisation of fees in unity colleges was to ensure that parents paid averagely less as well as eliminate indiscriminate collections.