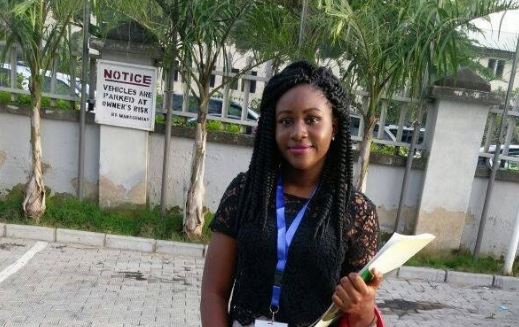 The student of Premier Academy, Lugbe in Abuja, was elected at the  won the 12th edition of NISSMUN annual conference.

The conference held at the International Conference Centre in Abuja from Oct. 22nd to Oct. 26th, 2016.

Ten candidates contested for the position and close to 1,000 students drawn from International Schools across the country attended the conference.

The conference which had the theme: “Engaging Youths in Achieving the Sustainable Development Goals (SDGs)’’ was organized by the Nigerian Model United Nations Society which has been conducting NISSMUN conferences since 2005.

ALSO READ: Buhari: Nigerian Youths Are The Strength Of The Country

Chinemenma said: “I wanted to be the first girl to occupy the position and I want to play a leading role in efforts to prove that young people have something to offer in terms of achieving the SDGs.’’

Contesting for the position was interesting because we were asked general questions about the UN, its General Assembly and the organization’s rules and procedures before we were asked to present individual manifesto.

Chinemenma who represented Belgium in the International Maritime Organization (IMO) committee at the conference, said that the experience she gathered during deliberations has given her the hunch to study Maritime Law in the University.

She added that her target is to study at the American University of Nigeria AUN.

She said that the Leadership training conducted during the conference has emboldened her to take on issues of SDGs with more confidence.

“ I even walked bare feet while presenting my manifesto because I had to remove my high heel shoes which were a bit discomforting. This is one manifestation of confidence,’’ she said.

“Bringing schools from all over Nigeria to come together to understand the ways of the UN in making decisions, especially the 17 SDGs is so rewarding.

The 36 committees and the designation of delegates as representative of member countries of the UN brought out the best in them,’’ she said.

On how young people could contribute to the achievement of the SGDs, she said that young people have ideas on what is peculiar to their generation and they can talk about those issues and proffer solutions to their problems.

She reasoned that since the SDGs were plan to transform the world into a better place, young people are critical in taking decisions on the goals since they are the ultimate beneficiaries

NEWER POSTYou Should Not Wait To Finish School Before Starting A Company
OLDER POSTBest Of Wildlife Park In Nigeria: Chad Basin National Park