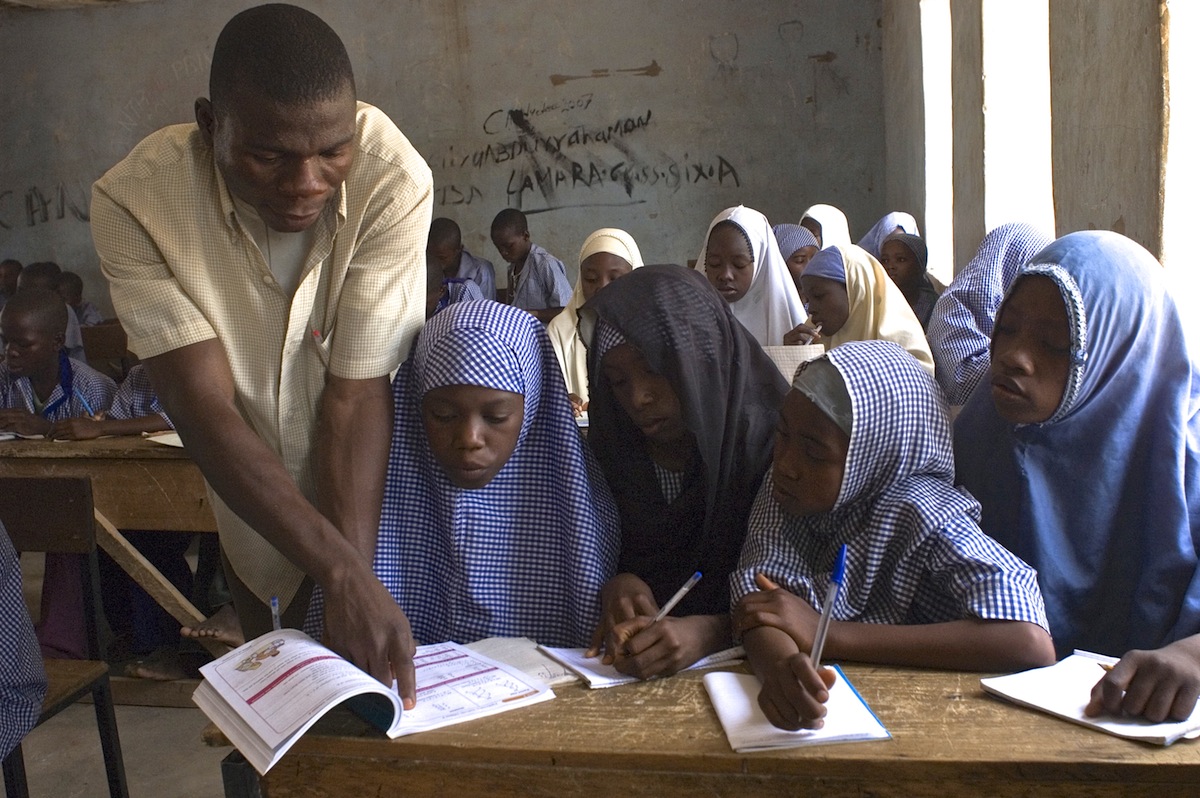 Federal Government will commence an education advocacy program for school-aged children displaced in the North East States of Borno, Adamawa and Yobe.

By means of a writing and speech competition between the children in those states, this programme will adopt the children themselves as the main advocates of education and voices countering every form extreme violence.

The competition is open to all school-aged children (8 -18 years old) currently receiving various forms of education in the Internally Displaced Persons Camps and Host Communities in Adamawa, Borno and Yobe States, she said.

This advocacy model will engage the children in conversations concerning their educational plans, intending to create a sense of involvement and enhance the success and sustainability of their education.

The programme, tagged ‘2016 Protecting Education Advocacy Challenge, PEACH’, will involve school-aged children residing in the camps and host communities across the three states of Adamawa, Borno and Yobe, and will be conducted in three stages.

The stages are self-expression through creative writing, focused mentorship and the development of an advocacy campaign which will be presented by the children themselves before a live audience.

According to Senior Special Assistant to the President on Internally Displaced Persons, IDPs, Dr Mariam Masha, who disclosed this in a statement, “education remains one of the pivotal tools in addressing ignorance and it is a soft, yet effective approach to counter-terrorism initiatives.”

The programme, according to Dr. Masha, is jointly hosted by the Office of the National Security Adviser, National Emergency Management Agency (NEMA) and Federal Inland Revenue Service (FIRS) who would also actively participate in the focused mentorship for the children.

She described the programme as a huge opportunity to catch school-aged children residing in the various camps, aimed at actively engaging the vulnerable children who have been out of school, in advocacy to counter violent extremism.

She pointed out that whilst the maiden edition of the programme was targeting children displaced in the North-East states of Borno, Adamawa and Yobe, subsequent editions would be on a national scale.

She also added that the education advocacy challenge would decisively engage the children, who she noted, were “at continued risks of exposure or influenced by radicalism”.

According to Masha, the 2016 Protecting Education Advocacy Challenge aims to complement the Federal Government’s ongoing recovery efforts in the North-East Nigeria by using education as a tactical tool to return dignity and normalcy to the affected children.

“It is necessary to actively engage these children in advocacy to counter violent extremism with education,” the SSA asserted.

Noting that children and young adults are perfect change agents, Dr Masha said the Focused mentorship and team building module in Stage two of the Education Advocacy Challenge programme would provide “an uncommon window to take the counter-terrorism fight from the battlefield right into the minds of the children.

“Education remains one of the pivotal tools in addressing ignorance as it provides a window of opportunity for school-aged children to be exposed to benefits of peace, tranquillity and stability in the society and in countering violent extremism, ” Masha stated.