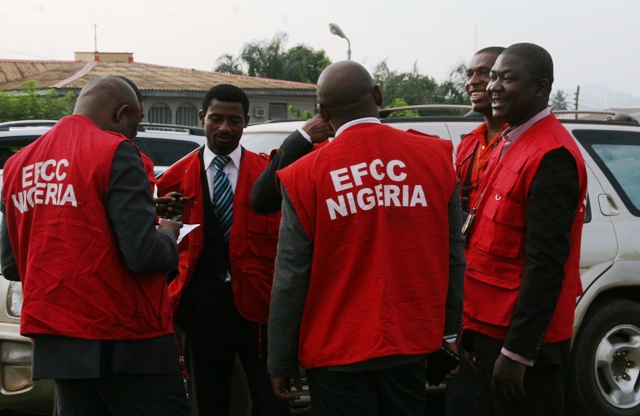 According to the EFCC Spokesman, Wilson Ujuwaren, the defendants pleaded not guilty to all the charges.

In view of their plea, the prosecution counsel Benedict Ubi and Festus Ojo asked the court to remand them in prison custody pending the commencement of trial. The defence counsel to the first, second and third defendants Wale Adesokan (SAN), Benjamin Ogunmodede and Lapite Ademola urge the court to admit them to bail having filed the various applications before the court.

Having listened to the submissions of both counsel on the bail applications, Justice Majekodunmi granted the first and second defendants (Ogunlewe and Oyewole) bail in the sum of fifty million Naira (N50m) with two sureties in like sum. Sureties must be house owners within the jurisdiction and one of them must be a civil servant on grade level 15. The defendants must submit their International Passports to the court Registrar. The court ordered that the defendants be remanded in prison custody pending the perfection of their bail conditions.

Justice Majekodunmi adjourned ruling on the bail application of the third defendant till Monday 28th November and 16th, 19th and 20th of December for the commencement of trial.