Poor Use of Internet By Nigerians Shows Decline In Number Of Users As Figure Drops To 93.7m In Feb 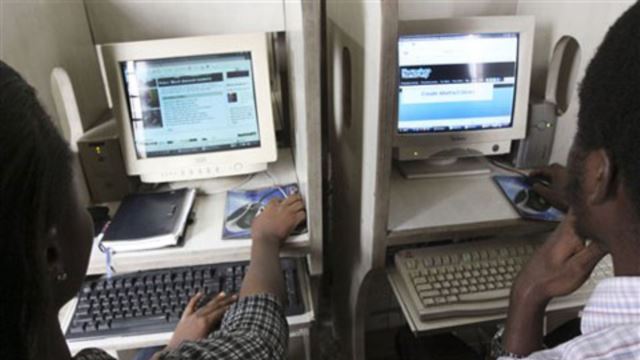 The Nigerian Communications Commission (NCC) in its monthly Internet Subscriber Data said that internet users on Nigeria’s telecommunications networks reduced to 93.75 million as at February 2016.

The commission made this available on Saturday to News Agency of Nigeria (NAN) in Lagos.

It said that the number of subscribers that browsed the internet in January was put at 95.94 million; but reduced to 93.75 million in the month of February.

The data revealed those internet users on both the Global System for Mobile communications (GSM) and the Code Division Multiple Access (CDMA) networks reduced by 2,194,162

Of the 93.6 million internet users on the GSM networks in the month under review, MTN Nigeria had 35.6 million customers browsing the internet on its network.

It stated that MTN had a decrease of 2.6 million internet subscribers in February, after it recorded 38.21 million users in the month of January.

According to the report, Globacom had 25.68 million customers surfing the net in February, as the number increased by 248,593 from the January’s record of 25.43 million.

Airtel Nigeria, it said, had 17 million internet users in the month of February, as against 16.85 million customers recorded in January.

It said that Internet users on the Airtel Nigeria network increased by 224,037 in February.

The data added that Etisalat had 15.23 million internet users in February, against the 15.28 million in January, hence, reducing by 52,251 in the month under review.

It also revealed that the CDMA operators (Multi-Links and Visafone), had a joint total of 150,125 internet users on their networks in February.

It showed that the only surviving two CDMA networks in the country listed a decrease of 52 internet subscribers in the month under review, from the 150,177 users they recorded in January.

Visafone had maintained 149,953 customers surfing the internet in February, as it recorded from December 2015.

Multi-Links had 172 internet users in February, reducing 52 customers from the January record of 224 users.

The decrease in the use of the internet in the month of February showed that there was the need for more Nigerians to embrace the internet.

The NCC noted that the country was making progress towards achieving 30 per cent broadband penetrations by 2018.