Abdul JimohApril 22, 2016 5:00 pm 0
As part of activities to mark the 2016 World Earth Day and create awareness on the need to protect the environment for the sustenance of nature, the National Orientation Agency (NOA) has organized a one-day sensitization session for students of the Stella Maris School in Abuja. 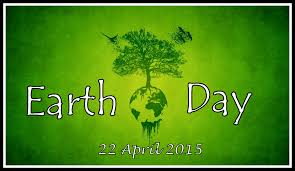 Acting Director-General of the Agency, Mrs. Ngozi Ekeoba represented by the Director, Special Duties and State Operations, Mrs. Mette Edekobi said that as dwellers of the earth, humans must rise up and take charge to protect the earth for the sustenance of nature for the benefit of all.
Ekeoba charged the students, as ambassadors of change, to always do what is right for the environment in order to protect it. “You are in authority and have the responsibility to take care of the earth; the right attitude will help protect the earth and ensure environmental sustainability”, she said.
The Acting DG called on Nigerians to appreciate the earth, protect the environment and also help create awareness on environmental issues by discouraging attitudes that degrade the environment.
She also charged the students, as future leaders, to create awareness on environmental protection among their peers as well as their younger ones. This way, she said, the earth will be kept safe for generations unborn.
In his remarks, the Headmaster of the School, Mr. Josiah Abaduo commended NOA for choosing Stella Maris Schools for the sensitization programme to commemorate the World Earth Day along with the rest of the world.
Abaduo described the awareness as timely, urging the Agency to keep up the good work by taking the sensitization to all nooks and crannies of the country to educate citizens on the need to protect the environment.
Fidel Agu
Dep. Director, Press