Use of Barcodes To Check Copyright Exploitation 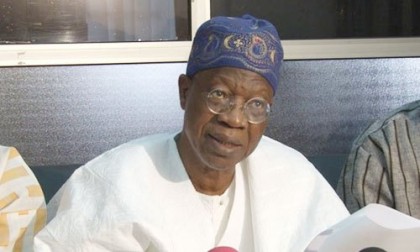 Segun Adeyemi, Abuja: The Minister of Information and Culture, Alhaji Lai Mohammed, has endorsed the use of barcode in Nigerian movies and music as a measure to protect intellectual properties from undue exploitation.

The Minister, who was responding to a request to that effect by the Caretaker Committee of the Performing Musicians Employers Association of Nigeria (PMAN) who paid him a courtesy visit in his office in Abuja on Friday, advised the Association to also liaise with the Broadcasting Organisation of Nigeria (BON), the Nigerian Copyright Commission (NCC) and other regulatory bodies to ensure the success of the new measure.

“You asked that we make a declaration making it illegal for NTA, FRCN and other radio and television stations from using any music or movie, which is not barcoded…I think what we should do is to work through the Broadcasting Organisation of Nigeria (BON), NCC and other regulatory bodies,” he said.

Barcode is a machine-readable representation of data, which provides information about the objects that carry such codes. In the movie and music industry, It can be used to separate original works from fake ones, thus preventing buyers as well as radio and television stations from patronizing pirated works

Alhaji Mohammed decried how trillions of Naira are being lost through copyrights infringement and stressed the need to reinvigorate institutional structures to block areas of leakages in order to rake in more revenue for the government and also allow artistes to enjoy the fruits of their labour.

He also enjoined players in the creative industry to buy into the innovative ways the government is employing to fight piracy through the Digital Switch Over in broadcasting.

“I think you also have to buy into the new digitization programme of the Federal Government because that will be a more effective way to fighting piracy than what we have today…… When you release your work online then there are no CDs to pirate. If I want to buy I (must) pay and it comes straight to me,” he remarked.

The Minister said another advantage of the digital regime is the multiplicity of channels to broadcast content, thereby creating more demand for content.

He said the government is working to turn the creative industry into a viable economy and appealed for private sector investment in production and post-production studios as a deliberate effort to curb capital flight to countries with hi-tech production infrastructure.

The Minister also sought the support of PMAN towards the National Re-orientation Campaign of the Federal Government, tagged “Change Begins with Me,” which is to be launched soon, saying creative artistes are influential members of the society who can take the message of change in attitude to the various strata of society.

He agreed to partner with PMAN to organise a Creative Economy
Conference with a view to bringing on board all stakeholders to brainstorm on the development of the industry.

In his remarks, the President of the Caretaker Committee of PMAN, Mr. Pretty Okafor, said the music industry is the biggest employer of labour in Nigeria with over 12 million people gainfully engaged.

Mr. Okafor said according to a recent study, the nation’s creativity industry is worth N15 trillion, but that over N10 trillion is lost through national and global piracy.

He said government stands to earn N3 trillion annually in both Value Added Tax and taxable income through the introduction of systematic ways to track revenue accruing to the sector and curbing piracy.