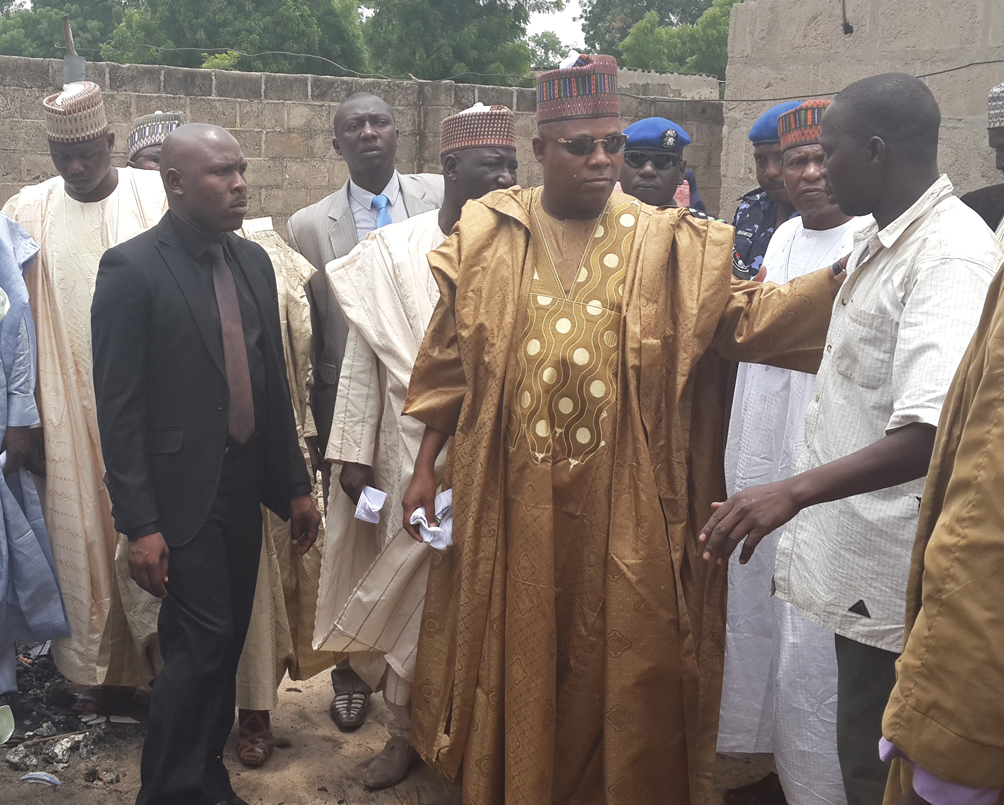 45% of Teachers Absent As Governor Takes Roll Call In School

The school has a total number of 87 teachers but after ‎Shettima’s roll call, 43 teachers were absent out which 7 persons were on leave approved for them.

Governor Shettima has regularly embarked upon unscheduled visits to assess infrastructural and facility needs of schools and to supervise renovation works being carried out in many schools across the State.

The Governor took teachers by surprise when he suddenly ordered his convoy to the school and directed the State’s Head of Service, Barrister Yakubu Bukar, who was of his convoy, to call out names of teachers in order to identify those absent.

Despite frantic efforts by some teachers who kept inviting their colleagues to quickly come to the school, 38 teachers, representing 44.6 % (approximately 45%) were recorded absent.

The Governor also ordered the State mechanical workshop to convey desks to the school as pupils were found seating on bare floor.

“It is really disturbing that in the heart of Maiduguri, our children are seating on the floor to learn despite thousands of school desks we have distributed.

We have desks here that are bad and kept in one class, no one brought this to my attention and children who are desirous of learning are now seating on the floor.

Even when the teachers are seating on the floor, more than 40% of teachers are absent. Those absent will face punishment to serve as deterrent to other teachers and workers” Shettima said in anger.

Our correspondent reports that the Governor spent nearly one hour at the school visiting each of the 14 classrooms at the primary and junior secondary levels during which he interacted with each of nearly 1,000 pupils and gave each a gift, before his departure.