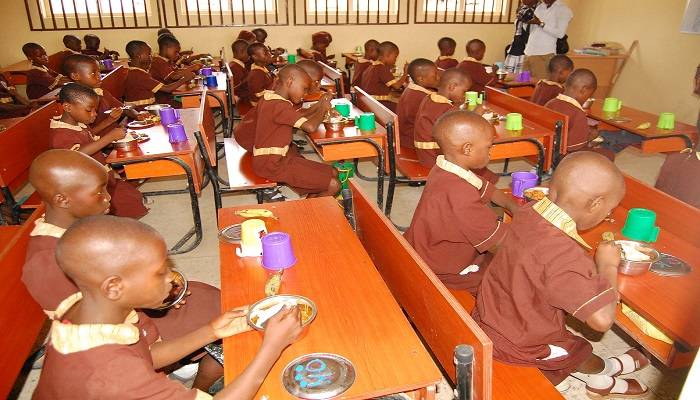 Laolu Akande, Abuja: The Federal Government has now released enough funds to start the serving of one hot meal a day to more than one million primary school pupils across seven States in the country, under the National Homegrown School Feeding Programme.

This disclosure was made this morning by Mr. Laolu Akande, Senior Special Assistant on Media & Publicity to the President, Office of the Vice President, while giving a media update on the Social Investment Programme of the Buhari administration.

Specifically, a total sum of N844, 360, 550 has so far been released for the commencement of the programme in Anambra, Ebonyi, Enugu, Oyo, Osun, Ogun and Zamfara as at the end of last week.

While funds have been released to the seven States to kick off the programme, not all of them have actually started the implementation as at press time.

In the States of Anambra, Enugu, Osun, Ogun, and Oyo, the feeding has actually started, while it is expected to start this week in the two other states of Ebonyi and Zamfara, that have been funded already.

That means, the Buhari Presidency’s Homegrown School Feeding Programme would be feeding this week a total of 1, 043, 205 pupils in those seven states.

Equally a total number of 11,775 cooks have now been employed to prepare the meals in those states already, while local farmers in the states are also the one producing the food prepared and served.

Of all the States, Anambra, which was the first state to receive FG funding late last year has now received three full funding tranches covering 30 school days, totaling N188, 769,000. The State has a total of 937 cooks and feeding 96,489 pupils.