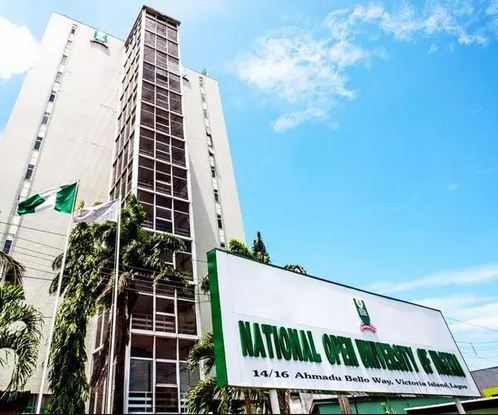 Prison Inmate To Pursue PhD At The National Open University

A prison inmate will soon enroll for a PhD programme in the National Open University of Nigeria (NOUN), the institution’s Vice-Chancellor, Prof. Abdalla Adamu has said.

Adamu disclosed this in his address at the opening ceremony of the 53rd Meeting and 30th Anniversary of the Committee of Deans of Post-Graduate Schools (CDPGS) in Nigerian Universities on Monday in Abuja.

According to Abdalla, prison inmates and juvenile who are willing and qualified are given free education as part of NOUN’s corporate social responsibility.

“We have 84 study centres including the prisons; NOUN is the only university that allows prison inmates completely totally free education because that is the opportunity they have to learn.

“Right now, we have somebody who has finished his Masters and he is about to embark on PhD and he is still behind bars.

“We have juvenile-young people who one reason or the other are caught up and locked up.

“NOUN is the largest university in the West African sub-region and one of the biggest in the world with over 200, 000 students.’’

Adamu urged the committee to fashion out a mechanism for improving the global ranking of Nigerian universities.

Adamu said that unless a university established a strong online presence, it would not be ranked.

He said that NOUN complied with the National Universities Commission (NUC)’s guidelines and had all its programme duly accredited and wondered why the institution’s products were denied post graduate admission.

“Part of the major steps taken by the university management when I assumed office as vice-chancellor was to bring all our programmes in tandem with the regulatory ambience of NUC.

“With that, therefore, it would be unfair for any institution under the supervision of the same commission to deny recognition of NOUN certificates and deny our products opportunities for post-graduate studies.

“I therefore urge you to draw attention to all the deans in your respective faculties to this challenge faced by our products in their pursuit of post-graduate studies,’’ he said.

In his address, Dr Samiala Mande, Dean, School of Post-Graduate Studies, NOUN, said there was need for Nigerian universities to catch up with modern methods of teaching and research.

He listed some of the challenges confronting post-graduate studies as dearth of research grants, quality of graduates, quality of instructional content, limited availability of PhD holders to recruit, among others.

Mande said that NOUN encountered difficulties in sending transcripts of post-graduate applicants to other universities.

“Even when the transcripts are sent, some post-graduate schools are said not to have a proper documentation process to account for transcripts received.

“The implication of this is that NOUN incurs more cost in the process of having to resend such transcripts.

“Furthermore, there are times when as a result of a deadline, there is the urgent need to send a transcript by at least email.

“Unfortunately, many schools of post-graduate studies do not have functional, institutional email addresses,’’ he said.

No fewer than 28 deans of schools of post-graduate studies in Nigerian universities attended the meeting.