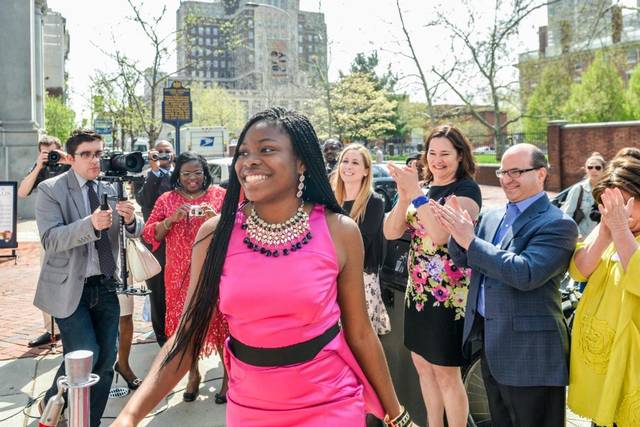 Ifeoma Accepted Into All 8 Ivy League Schools In US

Ifeoma White-Thorpe Seventeen-year-old from New Jersey was admitted into all 8 Ivy League schools in the United States of America.

“I was like, oh my gosh, oh my gosh, like this might be eight out of eight and I clicked it and it said ‘Congratulations’ and I was like oh my goodness.” Ifeoma said.

“I to study biology and pursue a career in global health. Since all of the Ivy League schools “have great research facilities,” she decided to apply to them all.”

Ekeh moved to New York from Nigeria at age 8 and was leaning toward Yale, where Kwasi Enin, 18, the son of Ghanaian immigrants from Mastic Beach, LI, who achieved the Ivy sweep in 2014, now attends.

Kwasi Enin in 2014, Harold Ekeh in 2015 and Augusta Uwamanzu-Nna and Kelly Hyles last year are those who got accepted by the schools previously.