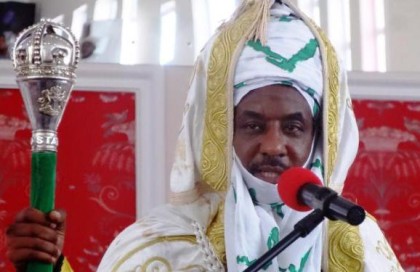 The Emir of Kano, Muhammadu Sanusi II, has called on Northern leaders to promote girl-child education in the region.

Sanusi made the call during the inauguration of Aminu Dabo College of Health Sciences laboratory complex in Kano on Monday.‎

‎‎He urged the leaders to give priority to female education as they did with their male counterparts.

‎‎”The people need to prioritise their commitment toward the education of female just like their male counterpart.‎

“We appeal to everybody, especially well- meaning individuals irrespective of party differences, to provide the environment to aid girl-child education,” he said.‎

The monarch also admonished the people of Kano to support each other and work as a team for the overall development of the state.

He commended the proprietor of the school for his foresight and contribution to the development of education in the state.‎

Earlier, the proprietor of the school, Alhaji Aminu Dabo, had said that the school was established two years ago to promote educational development in the state.

He said that 80 per cent of the institution’s students’ population was women.

Dabo added that the school would collaborate with Kwara University and another university in Malaysia for degree courses.

He commended the Kano Emir for his stance on girl-child education and also thanked him for honoring the invitation to the event. (NAN)