The Minister of Education, Malam Adamu Adamu, has constituted a seven-man high-powered Committee to Audit the Utilisation of Grants for the take-off projects in the 12 new Federal Universities established between 2011 and 2013. 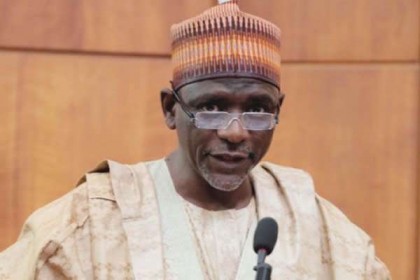 This was announced in a statement signed by Dr Hussaini Adamu, Acting Permanent Secretary of the ministry on Wednesday in Abuja.

According to the statement, the former Vice-Chancellor of the University of Ibadan, Prof. Olufemi Bamiro, will serve as Chairman, with Mr Kefas Magaji, as Secretary.

The statement said the terms of Reference for the Committee’s assignment are to determine the actual amount released to the NUC by TETFund as take-off grant for projects for the 12 universities.

Others are: to identify and confirm the number of contracts awarded, including contract sums under the take-off grants.

The committee will also ascertain that due process was followed in the award of contracts for the take-off projects, determine the amount paid on each project, including outstanding claims, if any, to date.

The statement said the committee would also ascertain the status of the various projects implemented using the take-off grants and make recommendations for any other issues relating to projects implementation in the 12 Universities.

The committee would be inaugurated on May 2, and would be expected to complete its assignment in 12 weeks.

The statement said that Vice Chancellors of the 12 universities, Executive Secretaries of the National Universities Commission and the Tertiary Education Trust Fund, are expected to attend the committee’s inauguration. (NAN)