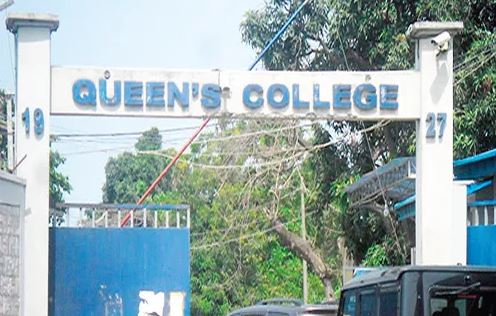 Senate President, Dr. Abubakar Bukola Saraki has called for an urgent roundtable discussion involving all stakeholders, the government and international development agencies on how to halt the dwindling fortunes of education sector in the country.

Saraki spoke yesterday when the Advocacy Group of the Queens Collage Old Girls’ Association led by its National President, Dr. Frances Funmi Ajose, submitted a petition concerning the sordid state of affairs in their alma mater to him at the National Assembly.

Saraki, according to a statement by his Special Assistant (Print Media), Chuks Okocha, said that the current negative reports emanating from the schools in the country, like the ugly incident that resulted in the death of three students of Queens College, Lagos, has made the education roundtable dialogue inevitable.

The Senate President said, “What I think is more important is that there should be an emergency roundtable talk on education. I believe that we have done it in the business sector, where we have engaged both experts and stakeholders and looked at the ease of doing business in the country.

“We need to sit down and ask ourselves what we really need to do to fix education in this country. We cannot continue to watch things get this bad. Any laws we need to amend or any law we need to introduce, we need to address that. We have to do this and in the next couple of weeks, we have to sit down with Chairmen of our relevant Committees and see how we can find solutions with, experts, parents, MDAs and international organisations to sit down and resolve this issue”, he said.

Accordingly, he said, “In every civilised society, it is very shameful that young girls could lose their lives in this kind of situation. Let me on behalf of the Senate express our condolences to the family and management of the school. The best we can do is to make sure that this kind of incident never happens again.”

“I will direct that when this matter comes to the floor as a motion. We will debate and make resolutions. Definitely, there must be an investigation. Management must explain how the situation got to this level and anybody who is found responsible, necessarily, they must be prosecuted.

“I think this would have been easily avoided and we can’t continue to live in a society like this, I want to assure you that we will look into this. The Ministry of Education, must tell us what they have been doing. We are sure that there has been release of funds, what have they done with it?

“So, what I can assure you is that we will take the matter up as soon as possible, maybe by next week, to debate it, so we will be able to make recommendations and demand a public enquiry if necessary”, he said.

On the request for fund, the Senate President said, “It might be a bit late but I will use my position as an associated member of this Union to ensure that we find a way at this late hour to find some funding for the issue of water and sewage system. I will take that up personally and see what we can do without trying to squeeze anybody since it is an emergency issue.

“What I can assure you about this Senate is that whatever we agree to make happen, we will push it and make sure it happens. That is the commitment I will give you. It is not a place that we just come and talk. We will try and ensure we make those things happen and in making them happen, we need your support”, he stated.

Earlier, the leader of the delegation, Dr. Ajose, who presented graphic details of the dilapidation in the school, appealed for emergency funding to address the problems of the school.

She also called for comprehensive investigation into the circumstances that led to the death of three students of the school and urgent enforcement of the admission policy of the institution which is based on 200 students from all the states of the Federation and the Federal Capital Territory.

She also appealed to the National Assembly to enforce what she described as “Comprehensive School Health Service” in line with the curative aspects of the health of students with oversight functions on general environmental sanitation.