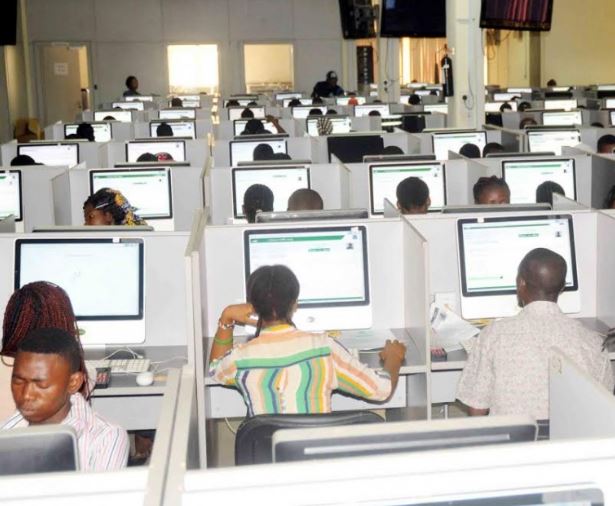 No fewer than  57,000 candidates sat for the 2017 Unified Tertiary Matriculation Examination (UTME) on Saturday in 642 centres  across the country.

The Registrar of  JAMB, Prof. Ishaq Oloyede,  who addressed newsmen at  Digital Bridge Institute, Abuja, one of the UTME  centres, said four centres encountered technical problems while one was being investigated for malpractices.

The News Agency of Nigeria (NAN) reports that Saturday marked the first day of the 2017 edition of the entrance examination into the nation’s tertiary institution in which no fewer than 1.7 million candidates are participating.

Oloyede also said the morning session examination  commenced late in some centres  while it started early in others.

“Out of 642 centres, we had  problems with four  in Bauchi, Kano,Uturu and Ekpoma.

“Everything was okay, there was a little disturbance in Ekpoma and we are monitoring what is going on.

“There was  a little problem in Uturu; we are monitoring what is happening there too,’’ he said.

He said due to the bomb blast in Maiduguri on Friday night, JAMB decided to delay the examination for a while, adding that the  examination had since  commenced.

“Due to what happened over night and because of the  militarisation of the campus, we had to delay the commencement of the exams in Maiduguri.

” Also the Seventh Day Adventist will not have exams in all the centres nationwide on Saturday,’’ he added.

Mr Enobong Bassey, a staff of the Digital Bridge  Institute, said this year’s edition  of the UTME  was the best so far  that the institution  had conducted.

“Everything went smoothly, the examination was to start 8 am and all the students were seated by 10 minutes to eight.

“Though a few students came late because of the grace period,  they were able to write.

“Where there was any issue with any system,  there was no problem because we had sufficient backup system.

Some of the students,  who spoke to NAN,  said the examination went on well and they had no challenge using the computers.