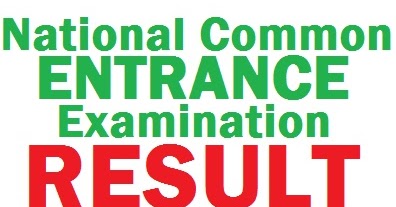 The Federal Government has released the result for the just concluded 2017 National Common Entrance Examination (NCEE) into Federal Unity schools.

According to the statement released to the press, signed by the Ministry’s Acting Permanent Secretary on Thursday May 25, 2017, the Minister of Education, Malam Adamu Adamu gave approval to National Examination Council (NECO) to release the result to the public for access in all the State Ministries of Education nationwide as well as NECO zonal offices.

The general analysis of the result shows that the highest score was 189 out of 200 scored by two candidates; Emeka-Egbuna Chinecherem C. and Onubogu Chinazom Joyce both from Anambra State, while the least score was 4 scored by 8 candidates.

Queens College, Yaba Lagos was one of the colleges with highest subscription of 5524, while the least subscribed college was FGGC, Monguno Borno State with only 21 candidates.

The result can be accessed on-line http://www.fmeinterview.com or through NECO zonal offices nationwide, to know whether a candidate is shortlisted for placement or not.

Meanwhile, the placement exercise is scheduled to take place in July, 2017.