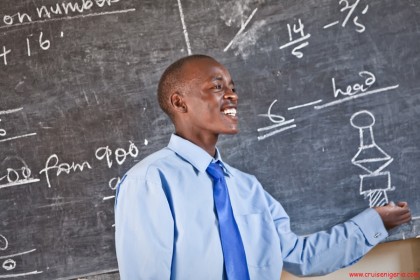 The Federal Government says it will continue to strive to provide critical infrastructure needed for effective teaching and learning to take place across educational institutions.

The ministry’s press officer, Mr Agidike Onu, made this known in a statement he signed in Abuja on Friday.

He quoted the Minister of State for Education, Prof. Anthony Anwukah, giving the assurance at the Federal University of Technology, Minna, Niger, where he inspected the ongoing Cyber Crime Department building project in the institution.

According to him, the visit is in continuation of physical inspection of 2016 Capital Appropriation with a view to ascertaining the extent to which due diligence has been applied in the project execution.

Anwukah said this was also in the spirit of transparency and accountability.

He expressed satisfaction with the level of project execution, even as he noted that the four-Wing building would be of great significance to the smooth running of the Cyber Security programme in the institution.

The Director of Physical Planning, Mr Idris Alhassan, who conducted the team round the project, said that project had reached 50 per cent completion.

Alhassan added that N43.69 million was released in the 2016 Capital Appropriation which brought the project to its current level.

According to him, the total contract sum is N591.6 million, while total releases till date stands at N298.65 million.

Anwukah was accompanied by the Acting Permanent Secretary in the ministry, Dr Adamu Hussaini, representative of the Chairman, Senate Committee on Tertiary Education and TETfund, Sen Jibrin Barau.

Others were management staff of the Federal Ministry of Education, while the visiting team was received by the Chairman of Governing Council of the University, Prof. Femi Odeyemi, the Vice- Chancellor, Prof. Musbau  Akanji  and other management staff. (NAN)