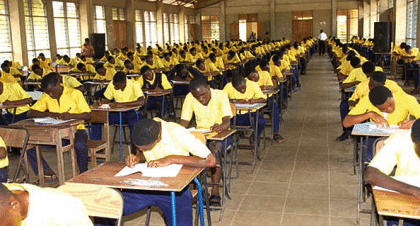 Nura Garba, the member representing Kontagora II Constituency  in the Niger House of Assembly, says he has offered scholarship  to 36 students to pursue the National Certificate in Education (NCE) programme.

Garba told the News Agency of Nigeria (NAN) in Minna on Thursday that the sponsorship was part of his initiatives  to support the educational development of youths in his constituency.

“When I first assumed office, I realised that there wasn’t   enough support for youths who wanted  to go to school in my constituency.

” You know that education is the bedrock of development and growth in any society.

“So I decided to make it a priority by taking up the complete sponsorship of 36 students in the College of  Education, Ilemona, Kwara State,” he said.

The lawmaker noted that the 36 students from his constituency were selected after undergoing different levels of screening.

He also said he built a new junior secondary school at the cost of N12.5 million  in Rafin Gora which he handed over to the local government education secretary.

“It is  one block of  three  class rooms and two  offices  and fully  equipped  for  students and teachers,” he added.

According to him, other projects he had executed in his constituency are  construction of 56 boreholes and electrification of  the extension of Tunga Wawa among others.

On the relationship between the executive and legislature in the state, he said it was cordial and was responsible for  the successes of the present administration.

He said the 8th legislature in the state was committed to enacting laws and executing projects that have direct bearing on the people. (NAN)