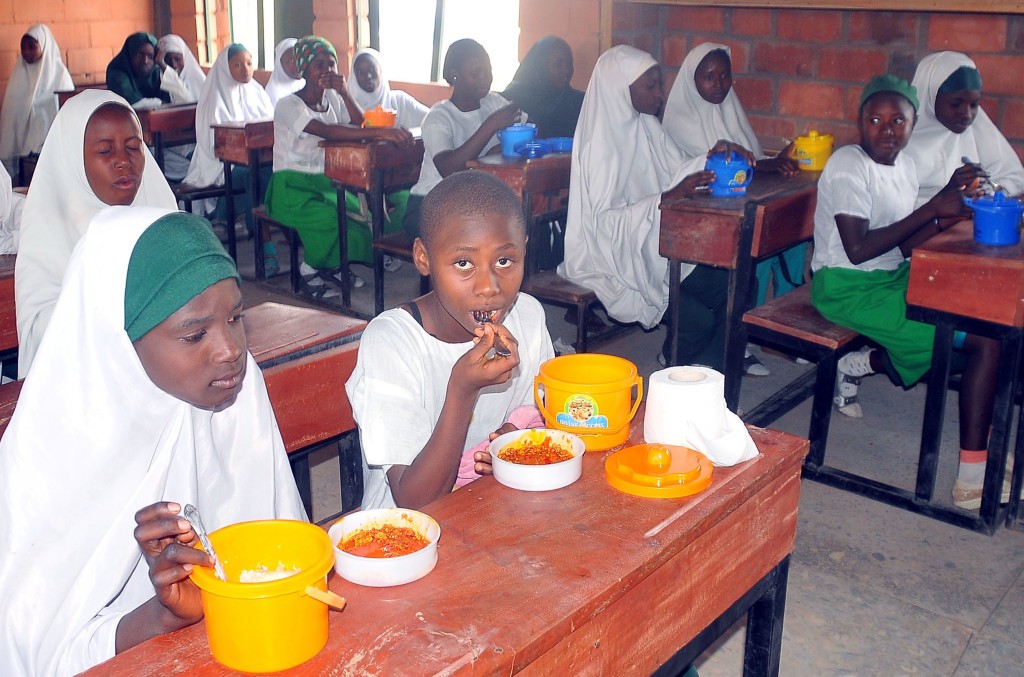 Laolu Akande, Abuja: In fulfillment of it’s plan to ramp up the Social Investment Programmes, SIP, this year, the Buhari administration is now close to its target of feeding three million primary school children this year under the National Homegrown School Feeding Programme, one of its four ongoing SIP schemes.

So far, a total of 2,827,501 school children are currently benefiting from the School Feeding Programme, which is well on course to achieve the Federal Government’s projection to feed over three million pupils this year.

In total, 33,895 cooks have been engaged in the communities where the schools are located across the 14 states.

Below is a breakdown of the payment to each state and the number of school children being fed under the programme.

More States and primary school pupils across the country are expected to benefit from the feeding programme by the time schools reopen next month for a new session.