ASUU frowns at mandatory sale of handouts by lecturers

The Academic Staff Union of Universities in Nigeria (ASUU) has expressed displeasure at the mandatory sale of handouts by some lecturers in tertiary institutions. 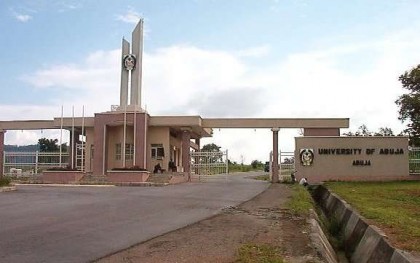 Prof. Biodun Ogunyemi, President of the union, expressed this view in an interview with the News Agency of Nigeria (NAN) on Tuesday in Abuja.

“ It is not wise for lecturers in our tertiary institutions to compel students to be buying handouts, though it is not a widespread practice; we have few people that are misbehaving.

“But the system has a way of handling them, so anywhere they see them they always put them on check.

“It is not permitted in the system and there is a structure for tracking and dealing with that so ASUU as a union don’t condone it and we discourage it anywhere and everywhere we go ,’’ he said.

However, a cross section of Nigerian students had decried the rate at which some lecturers extort money from them in the name of selling of handouts.

Speaking in separate interviews with NAN, students lamented that they were being forced to buy handout and that failure to do so could result in failing the courses.

Mr Osita Chukwu, a student in the Faculty of Agriculture, University of Abuja, alleged that the lecturers usually assigned some students to sell the reading materials to them.

Chukwu alleged that the handouts were sold between N1, 500 and N2, 000, saying that the students were also made to submit their registration numbers for identification of defaulters.

“ The most annoying thing is that you may have three lecturers handling a course and each of them will print a handout for students to buy.

“ And they will make it compulsory, so that you have no option than to subscribe to it, because if you decide to photocopy it, you may stand the risk of failing the course.’’

Contributing, Miss Janet Obiora, a student of Olabisi Onabanjo University, Ago-Iwoye, said the sale of handouts by some lecturers had promoted mediocrity among students as many of them no longer go to the school library to do research.

She opined that the mandatory sales of handouts also encouraged laziness among students who often want to concentrate on the handouts from their lecturers.

Similarly, Mr Yinusa Bello of the University of Abuja said that compulsory sale of handouts by lecturers would increase examination malpractice among students, who may be tempted to take such handouts into examination halls.

Bello, therefore, appealed to ASUU to take the necessary measures that would discourage the habit of  the lecturers in indulging in the sale of handouts compulsorily for students.

According to him, not many students have the purchasing power to the bidding of the lecturers, who insist that the purchase of their handouts is the surest way to passing certain courses.

“ Some of these handouts are less than 30 pages which if students were allowed to photocopy will cost them lesser than the original price,’’ he said. (NAN)