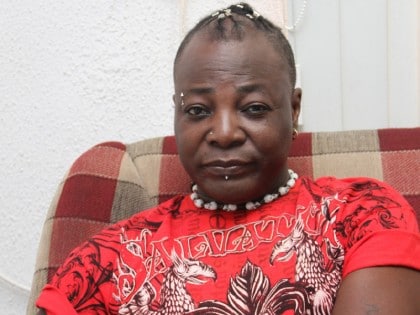 The latest nationwide strike  declared by the Academic Staff Union of Universities (ASUU) and the Charlie Boy episodes in Abuja dominated searches on the internet search engine Google, this week.

Google’s spokesman Mr Taiwo Kola-Ogunlade made the announcement in a dispatch to the News Agency of Nigeria (       NAN) on Thursday in Lagos.

He listed the week’s top trending search terms on Google to range from shocking strike news to an exciting new episode of a hit TV series.

“The President of the union, Prof. Biodun Ogunyemi, in a media briefing session held in Abuja on Aug. 13, officially declared that ASUU was embarking on an indefinite strike.

“He said that during the strike there would not be any teaching, examinations or attendance of meetings of any kind allowed in institutions under the union.

“The strike is said to be caused by some unresolved financial agreement between the Federal Government and the union.

“In response to the news, the National Association of Nigerian Students issued a statement, urging the Federal Government to dialogue with ASUU and giving a 21-day ultimatum to resolve the strike.

“Concerned citizens headed to Google to find out which institutions might be affected by the strike,” Kola-Ogunlade stated.

He said that the hit TV series, Game of Thrones returned with its 7th season, episode 5 early last month.

The spokesman said that the much anticipated new season was thrilling fans, keeping them glued to every episode.

“This week, viewers searched Google for a glimpse of episode 5 as the quest for the Iron throne continues.”

The Google manager said that the tagged protest, #ResumeOrResign also got a lot of people’s attention online.

“The self-acclaimed area father and musician, Charles Oputa, a.k.a. Charley Boy and Deji Adeyanju, took to the streets of Abuja last week Monday to protest the indefinite medical leave of President Mohammadu Buhari.

“During the protest, tagged #ResumeOrResign, Charly Boy collapsed and reported that he was attacked by hoodlums and the police in an effort to derail the protest.

“In another account, the police claimed that officers only moved to disperse some criminal elements that were infiltrating the protest.

“They also said that Charly Boy over-dramatised his collapse for the TV cameras.

He said that in the world of sports, Cristiano Ronaldo’s 5-match ban by the Spanish Football Federation got people searching for details online.

He said that the ban was issued to the Real Madrid star as a result of an altercation with referee Ricardo De Burgos at the Real Madrid 3-1 Spanish Super Cup first leg victory on Aug. 13.

Kola-Ogunlade added that Ronaldo was said to be given a $3,543.20 fine, a four-match ban and one outstanding, due to the red card served to him. Football fans raced to Google search to get the full story.

The Google image-maker said that the Aug. 12 violence in Charlottesville got well-wishers and interested Nigerian readers visiting Google to search for updates about the situation.

“A white nationalist-organised ‘unite for right’ march escalated into a full blown protest as they were joined by counter-protesters in Charlottesville, Virginia, U.S.

“The ex-YBNL recording artist has been absent from the music scene for a while before the release of his new song.

“Fans are excited about his return and headed to Google to download and listen to Lil Kesh’s new single.

Google trends launched in May, 2006, allows one to see how popular, search terms and its demography have been over time on Google. (NAN)