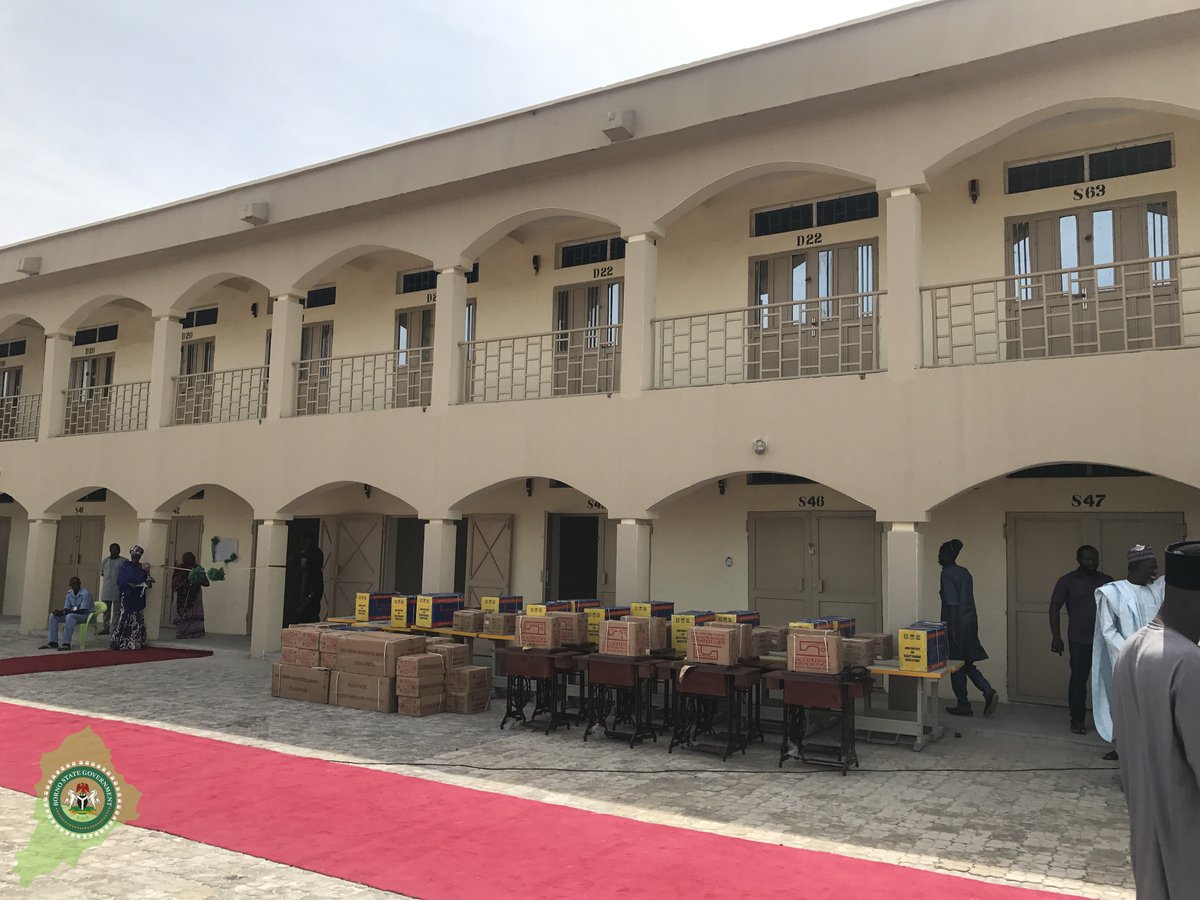 Governor Shettima Goes Back To Class, Offers Work-free-days For Workers

Isa Gusau, Maiduguri: As part of ongoing rebuilding of schools and restoration of education destroyed by Boko Haram, Borno Governor, Kashim Shettima has initiated a Volunteer Teaching Programme through which qualified political office holders and workers at the State and local government levels are to adopt primary and secondary schools of their choices for the purpose of teaching on a number of days per week.

The workers (who enroll as volunteers) are to be trained by the National Teachers Institute before given work-free-days at Government offices in order to use such days in the chosen schools.

The Governor ruled out Fridays and Mondays for the work free days in order to prevent misuse for long weekends while he directed measures to ensure workers don’t get work free days without teaching.

Shettima announced the new programme on Wednesday at the swearing-in of 17 Special Advisers and chairmen of Transition Committees established to monitor reconstruction works and supervise resettlement of displaced persons to safe and rebuilt communities which held at the Government House in Maiduguri.

In addition to the policy, Shettima also directed that special consideration be given to graduates with backgrounds on Education at a planned recruitment of 300 civil servants by the State Government even as he said, the UNICEF is already engaged in training of existing teachers as part of efforts to salvage education in the northeast.

The Boko Haram had destroyed over five thousand classrooms and other school buildings in 512 primary schools, 38 secondary schools and two tertiary institutions across the 27 local government areas of the State. The Government has since commenced rebuilding of schools with many being freshly rebuilt to educate over 50,000 unaccompanied children orphaned by the Boko Haram.

The Governor gave the newly appointed Head of Service the task of consulting with the Secretary to the State Government, Commissioner for Education and Chairman of the State Universal Basic Education ‎to establish a steering committee that is to write the National Teachers Institute and involve the NLC, NULGE, NUT and some educationists for joint coordination and full implementation of the program.

‎”I have said many times that I was going to teach and the time has come because I was waiting for us to achieve a lot in building and equipping schools. I will like to make a special appeal to all political appointees and particularly, civil servants at the State and local government levels to join me in volunteer teaching,” Gov. Shettima

Again Shettima said, “I hereby direct the Head of Service to immediately consult with the SSG, the Commissioner of Education and Chairman of SUBEB to come up with a steering committee for a Volunteer Teaching Programme that should comprise representatives of the NLC, NULGE, the Nigeria Union of Teachers, some serving and retired educationists, teachers and other relevant stakeholders.”

“Under the program, civil servants should be free to adopt primary and secondary schools of their choices and a day or two should be declared work free for any civil servant who signs for the Volunteer Teaching so that he or she can use the off days to go and teach.However, there must be a way of monitoring compliance so that we do not create illegal holidays for workers,” Shettima

“Perhaps, Fridays and Mondays should be ruled out of the work free days in order not to create opportunities for long weekends. The steering committee should devise means of evaluating the subjects that constitute the strengths of workers and political appointees. As an important strategy, the steering committee should write to the Director-General of the National Teachers Institute for partnership.”

Gov. Shettima “given the extent of destructions suffered by education in Borno State, I believe the NTIshould be kind enough to guide us and their professionals to Maiduguri for the purpose of organizing special training for all volunteer teachers.”

I will also be undergo the training. As you all know, I have taught as a UniversityLecturer but not as a teacher. Therefore, I need to be trained beforeteaching in basic schools” Shettima said.