An educationist, Prof. Adekunle Olorundare, has called on the Federal Government to urgently check the growing number of out-of-school children in the country. 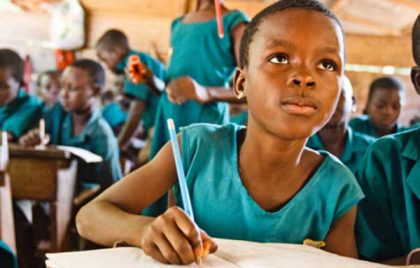 He made the call on Tuesday in a paper presented during the Annual Conference of the Early Childhood Association of Nigeria (ECAN) held in Ilorin.

The paper was titled: “Repositioning Early Childhood Education in Nigeria for Global Competitiveness: A Peek into Global Best Practice.”

According to him, over 10 million school-age children in Nigeria have no access to functional early childhood care and education.

“Enrolment at primary schools has increased in the recent years, with a net attendance placed at 70 per cent.

‘‘However, Nigeria is reported to have the world’s highest number of out-of-school children, conservatively put at 10.5 million.”

Olorundare, who is a lecturer in the Department of Science Education, University of Ilorin, noted that even though government policy on early childhood education and care is laudable, its actualisation and implementation was poor.

The expert suggested that Early Childhood Education be regarded as part of child’s right as contained in the Universal Declaration of Human Rights and the Convention on the Rights of the Child.

According to him, early childhood education is of great value to all children and should be available to all, as it provides sound basis for learning and helps develop skills, knowledge, competence and confidence of children.

“Every child, including children from deprived socioeconomic backgrounds and other disadvantaged groups, should have access to early education services of good quality.

‘‘Nigerian children cannot and must not be denied the benefits of this fundamental right,’’ he said.

Olorundare said government must initiate mechanisms to regulate and control the establishment and operation of private schools running pre-primary schools in the country.

The don called for increased funding to the sector and effective monitoring of public and private schools to ensure effective compliance with the aims of Early Childhood Care Development and Education.

Earlier, the President of the association, Prof. Felicia Osanyin, called for investment in the education of children to chart a robust future for them.

She stressed that “today’s children are the workforce of tomorrow”, as such gross neglect, inadequate recognition, investment and attention to them would result in children not able to attain their full potentials in life.

“Such children could, therefore, pose challenges and become liabilities to society; have a high probability of involvement in crime and other forms of socially deviant behaviour,” she said.

In his welcome address, the Vice-Chancellor of the University of Ilorin, Prof AbdulGaniyu Ambali, appreciated the association for choosing to hold the conference at the institution. (NAN)