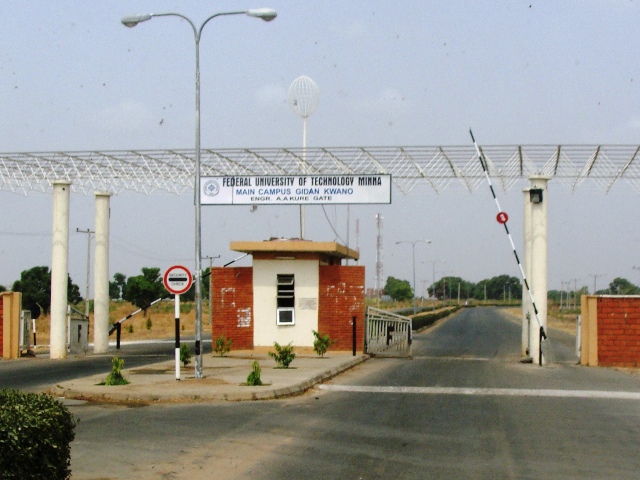 The Federal University of Technology, Minna, says it will go ahead with the 2017/2018 Post-UTME screening despite the ongoing strike embarked upon by the Academic Staff Union of Universities (ASUU) and the Non-Academic Staff of the University.

The Deputy Vice-Chancellor (Academic), Prof. Oluwole Morenikeji disclosed this a statement signed by Mrs Lydia Legbo, the Institution’s Public Relations Officer and made available to News Agency of Nigeria (/NAN) in Minna on Friday.

He expressed optimism that the ongoing strike action would not affect the exercise since the Post UTME candidates are not yet bonifide students of the University.

He explained that since the examination is computer based, there would be no need for many invigilators.

” Those who are willing to assist us to conduct the exercise will be contracted and they will be paid for the job. So, I do not see any problem why the screening will not hold as scheduled” he said.

He said that the corps members have been trained on the procedures for the screening.

He further maintained that the deadline for registration for the screening remains 12 midnight of September 15, 2017 as advertised by the University.

According to him, failure to register for the exercise online before the schedule time would amount to disqualification.

On the facilities on ground for the exercise, the University has increased the number of computers at the Electronic Test Centre from 400 computers to 800 computers so that the exercise would only take four batches per day instead of eight batches that was used last year.

He stated that the University would only accept Unified Tertiary Matriculation Examination results and O’ Level results downloaded directly from the websites of the various examination bodies.

He reiterated that the University minimum entry requirements still remain five O’ Level credits including Mathematics and English Language obtained at not more than two sittings in subjects relevant to their proposed courses.

On the controversy surrounding the 120 cut-off marks set by Joint Admission and Matriculation Board (JAMB), Prof. Morenikeji said it was not JAMB that set the cut- off score rather the decision was taken by all vice-chancellors, rectors and provosts who were at the meeting.

He said that it is the prerogative of University Senate to set cut-off marks.

He noted that admission into FUT, Minna is straight- forward and transparent, saying that candidates does not need to know anybody before they can get admission into the University rather their performance at the screening would get them admission. ( NAN)