The Nigeria Union of Teachers (NUT) has demanded that the retirement of teachers of primary and secondary schools in the country be raised from 60 to 65 years. 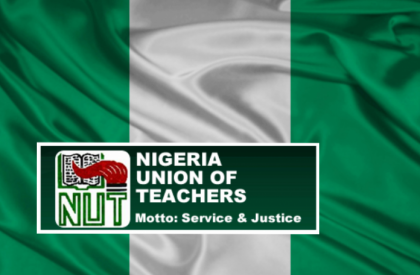 Mr Michael Olukoya, the National President of NUT made the call at the 2017 World Teachers’ Day celebration in Abuja on Thursday.

The theme of this year’s day is: “Teaching in Freedom, Empowering Teachers’’.

Olukoya said that the retirement age for teachers in the Colleges of Education, Polytechnics and Universities was extended to 65 and 70 respectively.

He said that doing the same with the primary and secondary schools would remove the segregation since they all belonged to the same teaching industry.

“The more years a teacher spends on the job, the better he delivers his service to the learners given the benefit of the experiences gathered over the years and the wisdom of age.

“The older the teacher, the more caring and tolerant he is to the students with improved dexterity in the pedagogy of teaching required over time.

“It is for this and other similar reasons that the retirement age of lecturers and professors in the tertiary institution was extended to 65 and 70 years,’’ he said.

The NUT president also called on the Federal Government to look into the plight of primary and secondary school teachers across the country arising from the non payment of their salaries and allowances for several months.

He said that as at the end of September, primary and secondary school teachers were owed between two and 11 months salaries in 17 states in the country.

He decried that this was becoming worrisome.

“Some state government has since adopted the inhuman act of paying monthly salaries in fractions without any guarantee that the remaining part of the salaries will be paid to the teachers.

“In the same vein, promotions are yet to be implemented for teachers for two to eight years in some states.

“This situation has brought untold hardship to the affected teachers and has expectedly taken its toll on public education with its attendant effect on the under-privileged children’’.

He called on state and local government to effect payment of the backlogs of salaries and other entitlement owed teachers without further delay.

On the issue of grade level of graduate teachers, Olukoya said that graduate teachers in the primary and secondary schools were meant to terminate on GL 14 and 16 respectively in some states of the federation.

He said that this was an act of discrimination which was unacceptable, while calling for justice, equity and fair play.

He called on relevant authority to extend the terminal grade level of graduate teachers of both primary and secondary schools to grade levels 17 as obtainable with other graduates of public servants.

He, however, urged the Ministry of Education to facilitate the development of a comprehensive scheme of service for primary and secondary school teachers. (NAN)