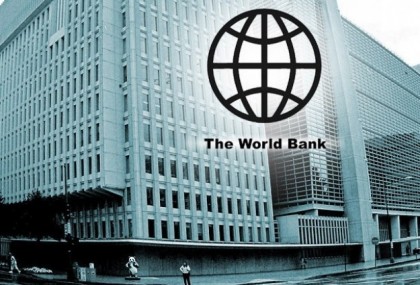 The World Bank has ordered the immediate release of N30 million to improve teaching and learning facilities at a UBE Primary School with 22, 2400 pupils in Rigasa, a suburb of Kaduna.

A representative of the bank, Dr Olatunde Adekola, told the News Agency of Nigeria (NAN) that the intervention was for immediate upgrade of facilities at the school.

He said the high number of pupils had increased pressure on both teaching and learning facilities in the school, which has 70 teachers.

NAN reports that Adekola had led a task team for midterm review of the N6 billion granted the state under the bank’s Global Partnership for Education (GPE).

The bank is spending N20 billion under GPE to support girl-child education in five states, of the Northwest, where all indexes on education appeared to be very low compared to other regions.

The target was to increase reading and writing skills for pupils in nursery and those in primary one to three, and strengthen community activism and local governance.

It also aimed at expanding access to education through community initiatives and to increase the number of qualified female teachers in areas with high gender disparities.

Meanwhile, the project Coordinator for Kaduna State, Aburu Musa said over 3,400 primary schools have benefited from the programme.

According to him, a total of 8,050 primary school girls from poor homes had received N45, 000 scholarship grants to continue with their education, with 1, 170 female teachers also getting similar amount to further their studies.

Meanwhile, the state government said its school feeding program and the GPE scholarship had resulted to the soaring of school enrolment from 1.1 million to 2.1 million pupils in the state.

According to Gov. Nasiru El-Rufai, current enrolment ratio stands at 51 boys and 49 girls in schools in the state.

The State Government had recently signed into law the Bill on School Based Management Committee, to allow community participation in the running of schools.(NAN)