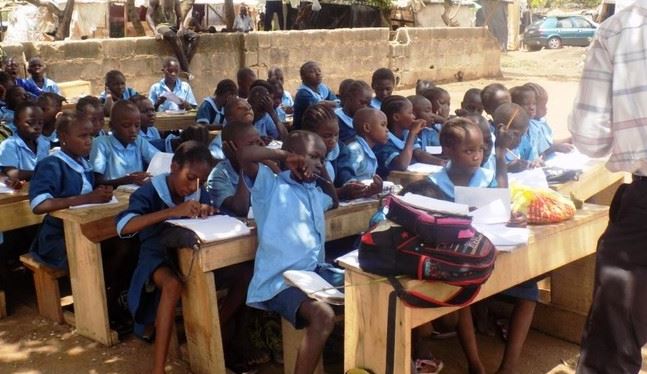 The Adamawa Government in collaboration with the United Nations Children’s Fund (UNICEF), on Saturday, inaugurated a campaign aimed at encouraging parents to enrol their children and wards in school.

The campaign has been code-named Enrollment Drive/Back to School Campaign.

Speaking at the inauguration in Yola, the Speaker, Adamawa State House of Assembly, Alhaji Kabiru Mijinyawa, said the state’s legislature would continue to give priority to education.

Mijinyawa said the legislative arm of government in the state had already approved the state’s counterpart fund for UNICEF interventions.

He, therefore, expressed surprise that approval was yet to be effected by the executive arm.

He assured UNICEF of the legislature’s commitment to work for the smooth implementation of its interventions, particularly in the area of education.

The speaker said lawmakers in the state had already inaugurated the enrollment campaign in their respective constituencies.

In his remarks, Alhaji Abdullahi Yapak, the House of Assembly Committee Chairman on Education, assured government agencies in charge of the education of the lawmakers’ commitment to address the challenges before them to enable them to effectively deliver their mandate.

Also speaking, Alhaji Mohammed Hassan, the Executive Chairman, Adamawa State Universal Education Board, and Mr Rodney Nathan, the Chairman of the Nigeria Union of Teachers in the state, applauded UNICEF’s supportive efforts towards education in the state.

They described such support as timely and called for more government interventions, particularly the prompt payment of counterpart funds, teachers’ salaries and welfare packages.

Earlier in his speech, Mr Josiah Isaiah, an education consultant with UNICEF, said at least 400,000 out-of-school children were expected to be enrolled in the course of the campaign in 10 local government areas of the state.

According to him, ten local government areas include seven affected by Boko Haram insurgency and three currently serving as host communities to persons displaced by the insurgency.

Isaiah said the collaboration with lawmakers was to ensure that the campaign reached the grassroots they were representing.

While commending the state government for collaborating with the fund in the implementation of the enrollment scheme and other UNICEF programmes in the state, Isaiah urged the Adamawa government to endeavour to pay its counterpart funds for 2017.