WAEC to Operate at 100 Percent Technology Driven in 2018 – Official 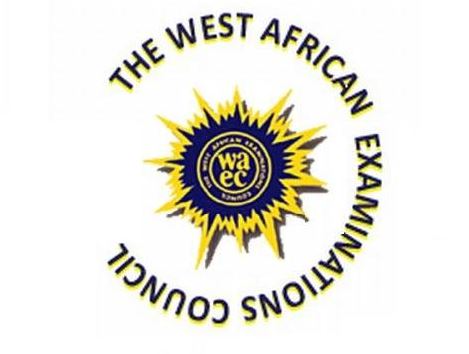 The West African Examinations Council (WAEC) says it will sensitise and train its workforce on key areas of technology deployment in order to improve its operations in 2018.

The council’s Head, National Office (HNO), Mr. Olu Adenipekun disclosed this in an interview with the News Agency of Nigeria (NAN) on Saturday in Lagos.

According to him, the council has organised series of retreats for both management staff and the workforce in preparatory to deploy technology in its operations.

“But if the people that drive the system are not attuned psychologically, to doing that all such efforts will be fruitless.

“So, we want to prepare our psyche on the need to sharpen our tools in preparation to move over to a 100 percent technologically driven WAEC and of course we have done that and we are going full blast,’’ he said.

The HNO noted that already, the council’s budget for 2018 had been fully designed to support the introduction of technology into the various aspects of its operation in Nigeria.

He explained that the move would put WAEC at the level it was expected to be in the comity of examination bodies worldwide.

“So, this is an era where we are looking at 2018 as a year where we will be deploying technology in all facets of our operations, not just in conducting the examination, processing of results and printing of certificates but in all areas of our operations,’’ the HNO said.

On the possibility of introducing Computer Based Test (CBT) platform for its examination, Adenipekun said that the CBT was not an examination mode that was limited to any particular examination body.

According to him, WAEC also has a section called the Aptitude Test department that can equally use the CBT platform in conducting examination for candidates.

He, however, said that the main point was that the mandate of WAEC makes it difficult to go the whole hug as it was different from that of other examination bodies like JAMB.

“It will interest you to know that WAEC conducts achievement tests to ascertain the level of achievement of a candidate or student after attending secondary school for a six-year period.

“So, if you want to test knowledge of English Language, for instance, we do so without bringing about any complications.

“We are aware of the operational environment. WAEC examination is not a selection test, it is an achievement test and so in doing that, we will have to deploy all facilities available to ensure that we help that particular candidate to prove himself or herself,’’ he said.

The WAEC boss explained that if in a school, a candidate or student had not been exposed to the use of a computer in any form for the six years he had been attending school, it would be unfair to subject such candidate to the CBT platform in an examination.

“So what we are then doing as an organisation and as part of our step forward is to come out and encourage state governors, school owners, communities, individuals and of course the generality of education stakeholders on the need to see how we can encourage secondary schools.

“This, we should do starting from Junior Secondary 1, to see how students can deploy computers in writing their internal examination.

“Once we are able to identify schools that are favourably disposed to this and we are convinced that they can meet our terms, we will start looking in the direction of introducing them to some aspects of our examinations which is the objective questions, which can be done on the CBT platform to start with.

“We have some papers that have three components and others two. Those with two components, objective and essay and for schools that are ready for CBT, we should be able within the next two years to encourage them to present their candidates,’’ Adenipekun said.