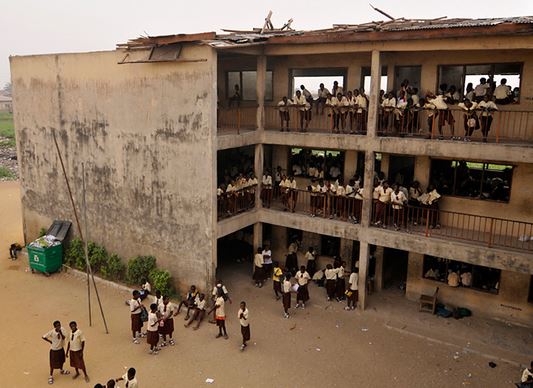 The All Nigeria Confederation of Principals of Secondary Schools (ANCOPSS), said on Friday that political interference and poor funding had ruined the education sector in the country.

This is contained in the communique issued at the end of its 60th annual congress held in Port Harcourt.

The congress had as its theme, “Political Interference In Education: A Threat to Effective School Management.”

The principals noted that there was general poor funding of the sector across the country, adding that most of what was appropriated for the sector ended up in the pockets of top government officials.

They lamented that appointments, postings and promotion of teachers have tilted away from merit to political patronage.

The heads of secondary schools observed that there was high disregard for continuity in the formulation of educational policies while politically significant persons unnecessarily interfere in school discipline.

The principals added that cheap politically motivated programmes such as free education and free feeding have been allowed take priority over payment of teachers salaries and provision of infrastructure.
“The ethos of diligence, sacrifice and self dignity is fast losing its place among heads of schools in Nigeria,” they added.
They urged various levels of government to depoliticise the education sector and allow the sytem to run itself freely.
“Government and stakeholders should put in place necessary in-built feedback mechanism that will guarantee continuity in educational policies.
” The UNESCO 26% funding policy on education should be adopted, while prudent management of available resources is advised.

“Adequate enlightenment and sensitisation should be put in place by stakeholders on the roles of education as solution to most of the issues that breed agitation,” they said.

The principals further advised stakeholders to be more realistic in setting priorities in education and formulate relevant laws to insulate schools management from undue harassment.

“Schools managers should uphold the ethics of the teaching profession in the day-to-day discharge of their duties and responsibilities,” they added.

The principals commended the the Rivers Government for providing enabling environment and support for the congress to hold in Port Harcourt.