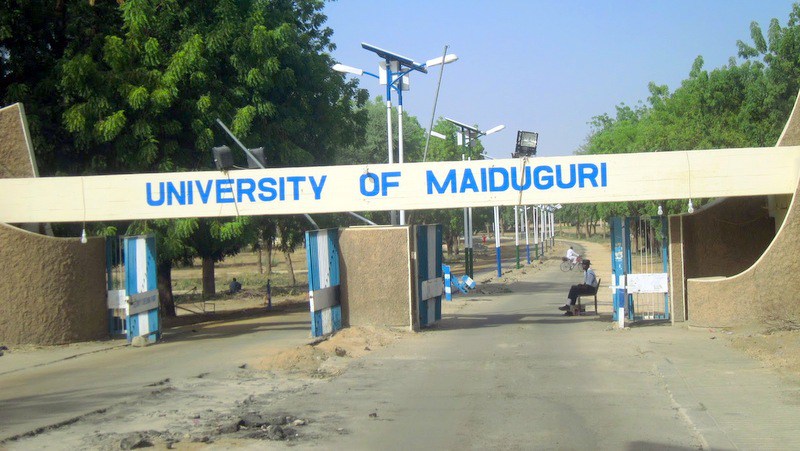 Prestigious University of Maiduguri Staff Cry Out For Help

University of Maiduguri (UNIMAID) is one of the most prestigious university in sub Saharan Africa with the good capacity of Academic and non Academic staff, produces some of the best students in Nigerian circle and beyond.

Prof. Ibrahim Abubakar Njodi came on board as the Vice Chancellor with much acceptance within the university circle.

The staff of UNIMAID recently are crying out for help as the University seems to withdraw allowances of staff in deduction to the tune of N8000 in basic salary.

Investigation shows that many junior staff in the university receives not less than N22,000 as salary from which N8000 is deducted from the said amount at the end of every month.

Further investigation revealed that staff are on loan and after all loan deductions by banks what is remaining for take home is N7000, less or nothing in some cases.

To be fair to the school management, on investigation one of the staff said he is not aware of such deductions as pay-slip for a long time have not been distributed to staff. However, he also added that he didn’t notice any reduction in his salary as claimed by others. Later turn out to be an academic staff of the university.

Meanwhile, one staff who is a non-academic who works with the Store in the university confirmed that there was and still ongoing deductions from their salary with no formal memo or notice from the university management as regard the deduction which is very unusual. The university always dish out memo as regard to any issue that affect staff, but not this time as there is no memo or circular to give the said deductions backing.

It is not clear whether there is an agreement as to the deductions between the school management and the union which one staff added.

To buttress the point, many staff (Non-Academic) confirm that pay-slip have not been issued to staff for many months now and even if one ask to be given, he will be told that there is no paper available to print the payslip.

It is expected that a university of this magnitude is suppose to have a huge internally generated revenue to take care of such demands, even though none of the management staff was willing and available to give its own side of the story.