The Federal Government on Thursday in Abuja inaugurated an implementation committee to facilitate the establishment of the proposed Information Communication Technology (ICT) University of Nigeria. 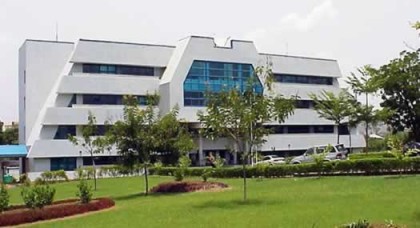 Mr Adebayo Shittu, the Minister of Communications said the committee, which has former Executive Secretary, NUC, Prof. Julius Okogie as Chairman, has six weeks to produce its report.

Shittu said that the members of the committee were carefully selected comprising men and women who had made their marks in ICT development in the country and pledged the ministry’s support for the assignment.

The minister said that as demand for ICT products and services in the country increased rapidly with the emergence of digital economy, the demand for ICT skills was expected to also grow exponentially.

He said that there was therefore need for capacity of ICT education in Nigeria to be strengthened by people who were well grounded in the field to provide the required skills.

“The linkage between the academia and industry as a result of the establishment of the university will not only lead to constant improvement of the curriculum, but also drive innovation through joint research and development programmes.

“Research and development, human capacity building are key focal areas critical for the full development and harnessing of ICT toward fast-tracking socio-economic progress in Nigeria.

“Research and Development propels innovation while human capacity building helps to equip the people with necessary skills and literacy to innovate and use ICT for further development.’’

Shittu said in the past, researches had been carried out without recourse to the relevant industries.

He said that consequently, many outcomes of such researches had remained in the laboratories and not in the industry where they would have been exploited.

“The university will offer variety of programmes aimed at providing specialist knowledge and expertise required for a professional career in the broad field of Information Communication Technology.

“The university will also be expected to offer skills development programmes in emerging and transformation technologies such as Cloud Computing and Big Data,’’ the minister said.

Shittu said it was expected that each of the six campuses of the present Digital Bridge Institute (DBI) would be transformed into a centre of technological excellence in specific areas of ICT.

He said that teaching experience in the new university would include a blend of theory, analysis, innovation and hands-on activities such as project based learning and live industry-led projects.

In his remarks, Okojie said the project was a laudable one, noting that Nigeria was far behind technologically.

He said that there was that need to join the rest of the world to get on board the technological train.

The chairman said that members of the implementation committee were already aware of the challenges of gap in the digital divide and promised that the report would be delivered shortly.

In his goodwill remark, Mr Yusuf Kazauri, the Director-General of Galaxy Backbone, an agency under the ministry, said the establishment of the university would herald a new era in the country’s development.

He said that ICT was an important catalyst to attain economic advancement for nations of the world.

“In today’s world, without a good knowledge of ICT, it will be impossible to attain the desired height, especially with Nigeria’s youthful population.’’

Members of the committee where drawn from both the private and public sectors and other stakeholders in the industry.

The university will be the first of its kind in Africa but not the first in the world.