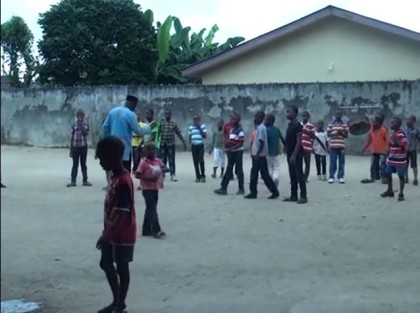 Niger government says that parents of children sent to the state to seek Islamic knowledge will now come along with foodstuff for feeding of their children and pay fees for their upkeep.

She said Gov. Abubakar Bello had approved that the agency enter an agreement with teachers that parents whose children were sent to the schools bring along  foodstuff and pay a fee to stop them from begging.

“This new development is to make sure that children are kept off the street and ensure that they are treated properly and their rights enforced and protected.

“The agreement reached is between the state government, teachers of Islamic schools and parents who bring their children to learn.
“If these children are sent to learn, then they should not be seen on streets begging, therefore, the agreement is that, the children will not be put to beg and will be properly taken care of,” she said.

Kolo noted that the essence was to provide decent accommodation and food for the children for effective learning.

She added that the teachers had been directed to get accurate numbers of pupils in each school to enable the government to know the number of children sent to learn in the state.
“The governor is not saying he does not want Islamic schools in the state but that the rights of these children are protected.
“We don’t want strangers coming into our state littering our streets and becoming nuisance. Every child sent to learn in the state must be properly documented.
“And so far, there has been compliance from the teachers as they have been coming to sign this agreement with us.
“The teachers will now go and reach a unified agreement with parents on the fee to be paid and the amount of food they will provide on monthly basis,” she said.
The director-general stressed that street begging was not Islamic and added that the agency would ensure constant monitoring of the schools to ensure compliance by teachers and parents.
She warned that any teacher who failed to comply with the agreement would be prosecuted in accordance with the law against street begging.
“There is need to properly educate the public because in the Qu’ran, it is allowed to travel far to seek Islamic knowledge but street begging is not allowed.
“These children sent to learn should do so in conducive  environments like any other child;  they should have basic right to good health, good place to study, good food and good place to sleep,” she added.
Kolo said the agency had  commenced sensitisation in various communities on the need to protect the rights of children. (NAN)