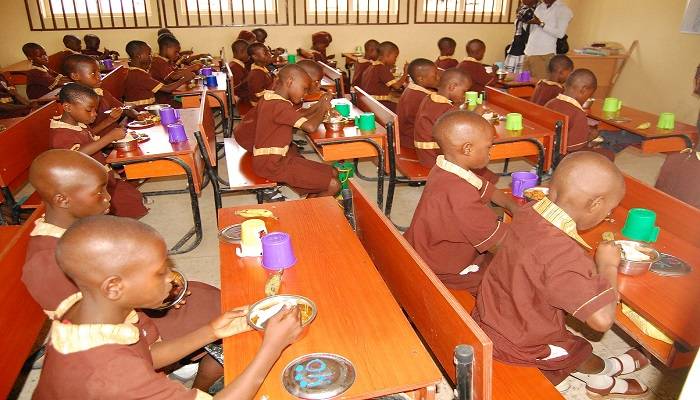 Over 19,000 schools have so far been covered under the National Home Grown School Feeding Programme.

In total, 2,918,842 schoolchildren from 19,881 schools in the 14 pilot states of the federation have so far benefitted from the school feeding programme, which is part of President Muhammadu Buhari administration’s N500 billion Social Investment Programmes, SIPs.

A total of N6,643,432,789 billion have been disbursed by the Federal Government since the school feeding programme kicked off late last year.

It is closely followed by Benue State where 2,220 schools have been covered and 240,827 schoolchildren have been fed.

Zamfara State also recorded a high number, with 1,952 schools covered and 198,788 pupils fed under the programme.

Similarly, Bauchi State recorded impressive figures with 1,904 schools already covered, while 307,013 schoolchildren in the state have so far benefitted from the programme.

In Ebonyi State, the school feeding programme has so far covered 1,050 schools and 163,137 schoolchildren have been fed.

With the commencement of a new academic session in September, it is expected that more schools will benefit from the programme, as more states would be added to the list, in line with the Federal Government target that 5.5 million schoolchildren would be fed by the end of 2017.