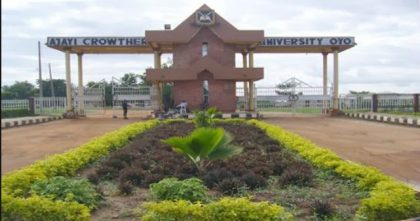 Federal Ministry of Power, Works and Housing has refuted claim by some online media that the plan by the ministry to provide uninterrupted power supply to federal Universities is a mere “solar – Powered streetlight project”  This was made known in a press release by the Ministry in Abuja. According to the statement, the project is not just a mere solar powered streetlight project but a programme to provide uninterrupted power supply

The Ministry stated that the Energizing Education Programme (EEP) of the Federal Government is aimed at rejuvenating the nation’s education system by providing uninterrupted power supply to a total of 37 federal universities and 7 university teaching hospitals.

“This clarification has become necessary in the light of the misrepresentation of the Programme as a mere “solar –powered streetlight project in nine universities across the country valued at N10bn,” by the Punch newspaper while purportedly reporting the proceedings of the 2018 Budget Defence Meeting of the Senate Committee on Power, Steel Development and Metallurgy attended by the Managing Director of the Rural Electrification Agency on Thursday, 14th December 2017″.

“The Punch Newspaper in a report, which first appeared in its Online version , claimed that the Senate “criticized a solar-powered streetlight project” thereby deliberately misrepresenting the Energizing Education Programme (EEP).Far from being a “streetlight” project, the EEP in fact seeks to rejuvenate the education system through electrifying a total of 37 federal universities and 7 university teaching hospitals, with Independent Power Plants (IPPS), which will boost effective learning, innovation and advancement through uninterrupted power supply”.

In addition to helping to extend electrification to rural and underserved areas in which the institutions are located ultimately, the Programme will enable the institutions benefit from world-class training schools, for the training of students in renewable energy, as well as provide optimized security, for the safety and wellbeing of students and staff, through the installation of streetlights on campus which is only a small component of the Project.

Although implementation of this programme is led by the power sector, through the Rural Electrification Agency, the Vice Chancellors and the  Ministry of Education have signed onto this as a critical investment in the education sector.

The deliberate attempt to water down the significant impact this Programme will have on the enhanced education of Nigerian students is outright unpatriotic as it seeks to prevent the socio-economic development of our nation.

In addition to the open and transparent coverage of the milestones attained preparatory to the take-off of the Project like the Meetings and signing of the Memorandum of Understanding between the REA and the first set of participating tertiary institutions, the Ministry holds itself ready to provide further details to the media and any other interested entities to stem any further misrepresentation.