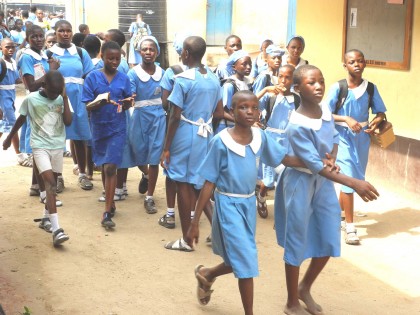 The Director, Social Mobilization, Adamawa State Universal Education Board, Hajiya Fadimatu Alfa, made the disclosure in an interview with the News Agency of Nigeria (NAN) on Monday in Yola.

Alfa said the gesture was part of support from the fund to enhance school enrolment particularly that of the girl-child in the affected areas.

Alfa said over 8,000 girls in over 40 selected primary schools would receive the items.

“There was an earlier supply of uniforms to over 4,000 pupils in all girls schools in the state who are not part of the latest supply,” Alfa said.

She said those to benefit from the latest supply were pupils in nursery and those in primary one to three.

The director said that UNICEF also provided desks for the schools alongside the rehabilitation of some classrooms.

“The interventions by UNICEF, was done through School-Based Management Committees of the affected schools who are provided with funds to do the job,” Alfa said.

She lauded UNICEF for its support to education and other programmes in the state, and reiterated the commitment of the board to collaborate with the fund to achieve maximum result. (NAN)