JAMB records decrease in number of registered candidates in 2018

The Joint Admissions and Matriculation Board (JAMB) on Wednesday said it recorded a decrease in the number of registered candidates for the Unified Tertiary Matriculation Examinations (UTME) in 2018. 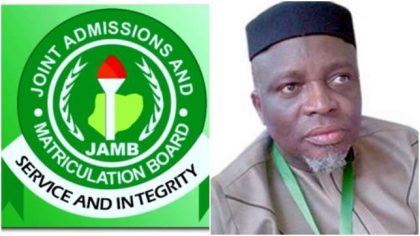 The Registrar of the Board, Prof. Is-haq Oloyede disclosed this to newsmen on Wednesday in Abuja.

He explained that the decrease of 3.2 per cent was largely, as a result of measures put in place by the board to forestall multiple registrations and other unwholesome registration practices by candidates.

Oloyede also noted that a total of 367 visually impaired candidates registered for the 2018 examination as against the 201 candidates of 2017.

He said that the board will continue to provide all necessary support and logistics to the physically challenged candidates in order to encourage them to attain their pursuit for knowledge.

According to the registrar, the board recorded a pleasantly high number of candidates for the 2018 UTME examinations from foreign countries.

He, however, said that the board was yet to get the actual statistics from the various embassies, adding that those who applied for the examinations would commence after the local centres have concluded.

On admissions, the registrar said that the board has since concluded the 2017 admissions into tertiary institutions.

He said that the admission was conducted using the Central Admissions Processing System (CAPS), automated the admission platform and provided the candidates with the opportunity to track their admissions.

According to him, this system ensure strict adherence to admission guidelines thereby creating equity and fairness in admission and was responsible for timely completion of the admission.

He reiterated that the board was ready to move on with its scheduled academic calendar as that was the right thing to do, as such, candidates who were unable to complete their 2017 admission process should not hold JAMB responsible.

The registrar also described as fraudulent, those who engaged in multiple registrations.

He said that the board have put measures in place through its enhanced registration process and would not relent in its efforts to tackle and stop any act that may aid examination malpractice.

He, however, said “the official position today is that candidates do not need to pick the two forms; if you apply for UTME and you have enhanced qualifications, you just upgrade to the next level at no cost.”

Oloyede further said that the board has concluded all arrangements for it activities for the 2019 exercise and a calendar has since been released on its website.

This, he explained, was because the board targets to work towards assisting other concerned stakeholders to have a reliable academic calendar for tertiary institutions.

“The academic session in tertiary institutions statutorily begins in August and we will ensure that we conclude all admission exercise by that time.

“If any institution does not resume early, it will not be due to delay in the admission process,” he said.

Speaking on the boards level of preparedness for the scheduled 2018 UTME examinations, Oloyede said that about 6, 500 permanent and ad hoc staff were deployed to the 605 centres across the country.

He noted that each centre would be manned by 10 officials, which would include external examiners, members of the National Youth Service Corps (NYSC) and security officers.

He appreciated the support from various stakeholders in the education sector as well as the Federal Government.

The registrar also commended the Media for their consistent efforts in sensitising the public about the board’s efforts to change the narratives of tertiary education in the country. (NAN)

NEWER POSTDetails of $375,000 Intercepted by @CustomsNG, Handed Over to @officialEFCC
OLDER POSTSelf medication can cause drug resistance – Expert warns