The Lagos State Government on Wednesday said all arrangements had been concluded for additional 5,000 Coding Centres to be opened in the primary, secondary schools, and 50 Out-of-School centers. 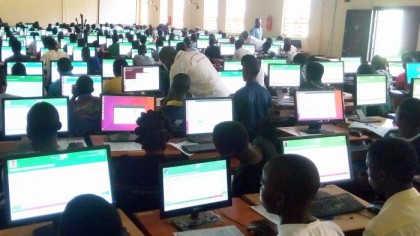 Mr. Obafela Bank-Olemoh, Special Adviser to Gov. Akinwunmi Ambode on Education, made this known in a statement on Wednesday in Lagos.

He said that the move was part of the government’s determination to increase access to its Code Lagos initiative.

The News Agency of Nigeria (NAN) reports that Code Lagos is an initiative of the Lagos State Ministry of Education launched in 2016 to educate over one million Lagos State pupils on basic coding.

Coding is the process of creating computer software, applications, and websites. Coders or programmers are people who write the programmes in computers.

Bank-Olemoh said that over 15,000 individuals had been trained since the commencement of the initiative.

“The aim is to expand the reach and scope of the project to cater for more Lagos residents through ‘In–School’ and ‘Out-of-School’ pathways.

”All is now set to roll out additional centers across 5,000 primary and secondary schools, public libraries, community centers, private training centers and 50 Out-of-School centers by December.

”Also, by Monday, April 9, coding classes will commence in the Out-of-School Centres, which will cater for Lagos residents who are above 16 years and are not currently in any primary or secondary school in Lagos.

Bank-Olemoh also disclosed that plans were at an advanced stage to commence coding classes in 400 primary and secondary schools across the six Educational Districts in the State – both Government and Private – in the coming academic term set to resume this month.

”We will continue to train students in Scratch, Python and Mobile App development, depending on their level.

”This coming term, we will also be introducing Oracle’s Alice and Greenfoot programming languages, through a partnership with Oracle Academy,” he said.

Bank-Olemoh said that coding was the language of the future which was why the state government gave the mandate to prepare Lagos residents for the future economy.

”I believe we can educate one million people in the language of the future.

“If we can change Africa, we can undoubtedly change the world,’’ Bank-Olemoh said. (NAN)